"We Are Experiencing the Best Moments in the History of Freemasonry"

(Madrid) "We live in one of the best moments of Freemasonry."  This was confessed by the Grand Lodge of Spain in the latest issue of El Oriente.
El Oriente, is the press organ of the Grand Lodge  with the words of Oscar de Alfonso, the Grand Master of the Grand Lodge of Spain. In a Masonic meeting in Santiago de Compostela, which was (the way to the light) under the slogan "El Camino Hacia la Luz", the Grandmaster said: "We are experiencing one of the best moments in the history of Freemasonry."
At the end of October in Santiago de Compostela an international Masonic conference the beaproned brothers gathered from Spain, Argentina, Chile, Brazil, Bolivia, Paraguay, Peru and Uruguay. The result of the Sixth Conference of the Inter-American Masonic Confederation is a "Masonic Charter", which was adopted by the lodges delegates. 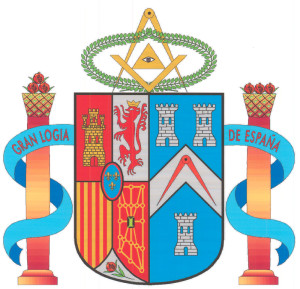 The Grand Master of the Grand Lodge Oscar de Alfonso (with chain)
In addition, the  Masonic Charter diagnosed a general crisis of governance and steering forms in politics. The reason for this are the different forms of corruption and ethical relativism. By contrast, the Masonic Charter calls for the creation of a "new man" whose ideals "humanist, secular and tolerant" are "on the basis of freedom, equality and fraternity". This "new man" would be realized through the establishment of an "open society", "new forms of cohabitation", "new forms of production" and "new forms of civic, democratic and representative forms".
The Inter-American Masonic Conference also spoke out in favor of legalizing the killing of unborn children by abortion in Chile and therefore supports the efforts of former UN Women Director and UN Under-Secretary General of the reorganized Socialist Chilean President Michelle Bachelet.
El Oriente, the publication of the Spanish Grand Lodge is published by the Communications Secretariat of the Grand Lodge.
From 18-21 November 2015, the meeting in San Francisco in the US,, the XIVth World Conference of the regular  Masonic Grand Lodge, like the Scottish Rite, under the motto "The Chain of Union: Strengthening Fraternal Bonds in a Changing World".
Text: Giuseppe Nardi
Image: Gle.org (screenshots)
Trans: Tancred vekron99@hotmail.com
Link to Katholisches....
AMDG
Posted by Tancred at 12:03 PM

Anonymous said...
This comment has been removed by a blog administrator.
December 8, 2015 at 6:59 AM