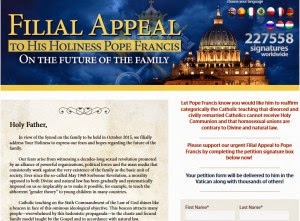 Considering the number of people,in the world who claim to be Catholic, Imthink the numbers are very disappointing. i have been following the growth ofmthis appeal since the beginning. The numbers should be three times this.