Vigil for the Feast of Blessed Charles of Austria, an Inspiration and a Hope 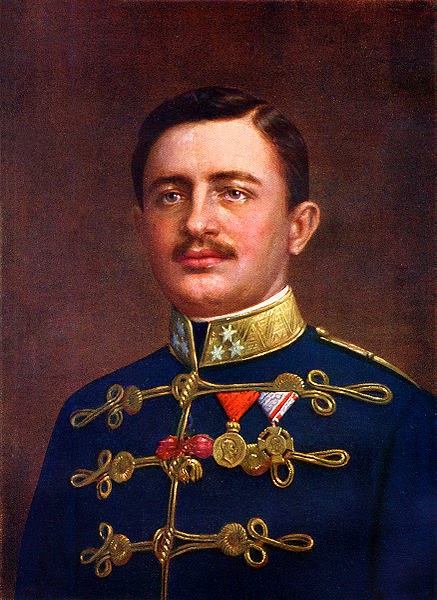 Edit: we have a devotion to Blessed Charles, and a hope for the restoration of a Catholic America.


Born August 17, 1887, in the Castle of Persenbeug in the region of Lower Austria, his parents were the Archduke Otto and Princess Maria Josephine of Saxony, daughter of the last King of Saxony. Emperor Francis Joseph I was Charles’ Great Uncle.

Charles was given an expressly Catholic education and the prayers of a group of persons accompanied him from childhood, since a stigmatic nun prophesied that he would undergo great suffering and attacks would be made against him. That is how the “League of prayer of the Emperor Charles for the peace of the peoples” originated after his death. In 1963 it became a prayer community ecclesiastically recognized.

A deep devotion to the Holy Eucharist and to the Sacred Heart of Jesus began to grow in Charles. He turned to prayer before making any important decisions.

Thank you for this timely reminder.

You and your readers may also be interested in the Fourth Annual Traditional Latin Mass & Conference in Honor of Blessed Karl of Austria to be held at St. Titus Church in Aliquippa, Pennsylvania, on Saturday, 18 April 2015. The celebrant will be Canon Antoine Boucheron of the Institute of Christ the King Sovereign Priest, and the featured speaker will be Suzanne Pearson, founder of the Bl. Karl Shrine in Washington, DC. The topic of her talk is "Bl. Karl as a 'Type' of Christ the King."

The event is sponsored by the Knights of Columbus Woodlawn Council 2161 Traditional Latin Mass Guild. Complete information can be found at this link:
http://knightsofcolumbuslatinmass.blogspot.com/

Long live the Hapsburgs, the Bourbons, and the Borbones!

A victim of Kalergi and co. planning, a real devout and holy man died for strarving, now Europe is paying the cost. Long live the true Catholic royal families!