(Rome) "There is a revolution looming in the pastoral care of families in terms of communion for the divorced and remarried and homosexual relationships." Two years after the election of Pope Francis, the well-known historian and Catholic intellectual Roberto de Mattei describes the pontificate of Argentine Pope as "enigmatic" and "full of paradoxes".
The author of a standard work on the history of the Second Vatican Council ("The Second Vatican Council. A hitherto unwritten history") provides a large gap between the desiderata of Francis and the sentire the Catholic world.
"For the most sensitive thinkers of the Italian traditionalism," said Alberto Melloni, his historical counterpart and head of the progressivist school of Bologna, "the Church has ventured with this Pope into a schism by those progressivist bishops, like the German, who want to continue with their 'openings', even if the Synod rejects their 'reforms' in the fall. "
Three Italian newspapers (Il Giorno, La Nazione, Il Resto del Carlino) published at the same time an interview with Roberto de Mattei: 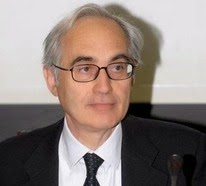 Roberto de Mattei
Even the ultra-conservative Cardinal Raymond Burke has promised resistance at any price.
Roberto de Mattei: But he has not  promised schism. He just said that he will oppose any change in the Synod against the truth about marriage. This seems to me to be  honest and transparent behavior.
Will the Pope really attack the Doctrine of the Faith?
Roberto de Mattei: Francis pretends to be conservative. He says nothing against the dogmas. But his pastoral strategy is revolutionary in itself because it subordinates the truth to practice, especially in such a burning hot topic as the family. In this way, it signals a fundamental break in the history of the papacy as  has not been seen for 50 years.
The Church is not ready for this change?
I do not want to endorse such a change.  I think it is correct to say that Francis has confused the cardinals, bishops, priests and parishes. It is sufficient to recall the petition of 120,000 Catholics from around the world, which asked Francis to finally to say a clear word about the indissolubility of marriage. A mere toleration of the second marriage by opening  Communion for divorced and remarried would already be an attack on the traditional teaching of the Church.
At this point, it has come to a slugfest at the last Synod  between progressives and conservatives.
I would call this a tear. The paragraphs of the final document to homosexuals and remarried divorcees had not obtained the required two-thirds approval. The real novelty of that meeting was the strong opposition to the reforms by the African and Eastern bishops. Precisely the bishops of the margins that Bergoglio never gets tired of praising. This is one of the paradoxes of this pontificate.
Who are the others?
Last October, the Pope received representatives of the radical left, from the so-called popular movements. From him he gave  a very Peronist impression that he is closest to social concerns. Who commissioned the Vatican under this pope to check the budget of the Vatican Bank IOR? A globalist-capitalist institution such as Ernst & Young.
Or Bergoglio talks about the decentralization of power in the Church, but in his decisions he shows himself as a strong centralizer.
He still enjoys broad appeal in any case?
Yes, the media and outside the Church, where he has even surpassed Wojtyla in popularity. But in the Catholic world he is far less popular. Also, participation in the Angelus and the General Audiences at St. Peter's is in decline.
Introduction / Translation: Giuseppe Nardi
image: Corrispondenza Romana / MiL
Trans: Tancred vekron99@hotmail.com
Link to Katholisches...
Link to Rorate...
AMDG
Posted by Tancred at 12:25 PM

Although not a prominent part of de Mattei's discussion, there was one line that grabbed my attention. He noted, "it has come to slugfest at the last Synod between the conservatives and progressives". I note this because most of what we read during and after the 2013 Conclave suggested the conservative/progressive battle lines of 1978 and 2005 were subordinated to desires of Curial reform.

Curial reform should have been an interesting topic for the Cardinals to discuss in 2013, but it never should have been their prime issue. The job of the pope is not make the trains run on time or cut out layers of bureaucracy. It is to defend the faith. The progressives seized on these structural reform desires and used them as a Trojan horse to get their man into the white cassock.

That the old conservative/progressive divide has re-emerged over the Synod is, at least to me, a positive sign because I had begun to fear those who were left had begun to capitulate. At least for now, that seems to not be the case. But the odd push for Curial reform over theology and truth points out that many conservatives simply misjudged the situation in 2013. The beast of modernism had not been slayed or even put into hiding. It was lurking in broad daylight and it seized on their weakness.

Sad that the future of the Church may have turned on a silly desire to reform the Curial bureaucracies.

Alberto Melloni confirms what was feared, "The Church has ventured with this Pope into a schism...". Gabriel now tell us how wrong we have been. Its time to come out of fantasy and face reality. We traditionalists will battle this schism, thats what God has called us Trads to do and we will continue to do our best for God's Glory and Honor and for the exaltation of Holy Mother the Church.

But if the next Conclave comes after many more Cardinal appointments by the pope, it may be too late.

Not necessarily. Remember that most of the appointments will be from countries that have been excluded from getting cardinals due to their lack of age, namely countries in the global south.

Keep in mind that the Family Synod went the way it did precisely because established countries like Germany were able to exclude younger countries like those in Africa, which tend to be extremely conservative.

So ironically, if Pope Francis gives the Global South a bigger say in choosing the next Pope, our next Pope might be an extremely strong Pope that lays down the law WRT morality.

Believe me, the curia reform is just a wonderful and impossible dream, reform everything you want, but don't touch the IOR....John Paul I, was told to reform the bank, JP2 never minded, Benedict XVI resigned sua sponte(?), Bergoglio is just an illusionist and false, as every jesuit, concede parum, nega saepe, distingue semper....at least is always the same old story, money, money, money....

Anil Wang, I understand what you mean. I think the next Conclave will be a long one and I expect it to be a battle between Traditional minded Cardinals vs Progressive Cardinals. I am confident the traditional Cardinals will be victorious.

While most of the appointments may be from countries that have been excluded from getting Cardinals, that doesn't mean they will hold orthodox views. In fact, it's my belief the Pope made such crazy choices for Cardinal this year because he knew the traditional choices were not in his favor.

The Pope went looking far and wide to find anyone who would agree with him and used the "peripheries" argument simply as cover. Not surprisingly, several of the new Cardinals support the mercy of communion for the divorced and remarried. And when that suspect Catholic, Cupich, gets a red hat, you can bet he'll be all for anything that tears down Catholicism in the name of mercy.

I'd like to think the traditional/conservative wing will win at the next Conclave, but I doubt it. By the time Bergoglio exits stage right, the College will be full of his "Cardinals of Mercy from the peripheries". In fact, I bet they're already close to a working majority so I suspect the right may be, at best, only able to block the worst of the worst like Tagle. They'll then have to settle for Perolin. Ugh.

I was not aware Perolin has health problems. Thanks for the information. At this point, I simply hope the conservative block will be strong enough to, at least, block Tagle and the like. Given the path we're on, that seems like the best we can hope for at this point.

My list is much the same as it was in 2013, but that probably means each has zero chance. Ranjith, Burke, Piacenza, Bagnasco. and then Pell. My top choice would be Moraglia, but the Pope is refusing him in the worst way.

My guess is Scola has risen in esteem with those who abandoned him in 2013 simply because of the performance of Bergoglio. If he was to commit to top flight episcopal appointments, then I'd be happy with him. Same for Ouellet.