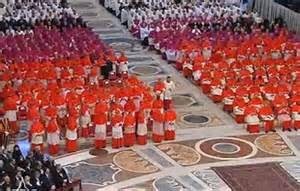 (Rome) in Rome, it is expected that by the Epiphany or shortly thereafter, the names of the representatives of the Church will be announced by Pope Francis who will create new cardinals in mid-February. The Wall Street Journal has called one or the other probable new Cardinals. Regardless, there are mainly two names  being mentioned in Rome. The Archbishop Charles J. Chaput of Philadelphia (USA) and that of Archbishop Bruno Forte of Chieti-Vasto (Italy). While  the appointment of the former would send an excellent message in the form of a
cardinalatial appointment, the appointment of the latter would thus be a dubious one. 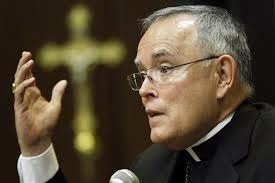 Archbishop Charles Chaput of Philadelphia
The Capuchin, Chaput, was born in 1944, and is one of the most prominent bishops of the United States. In 1965 he joined the Capuchin Order and was ordained a priest in 1970. He was educated entirely in the USA. In 1983 he was appointed the Provincial of his Order, in 1988 he was appointed Bishop of Raid City, South Dakota by Pope John Paul II..
In 1997, he was appointed Archbishop of Denver. While other dioceses had to close their seminaries lack of vocations, he founded a new seminary in 1999 to offer a priestly formation of a new solid foundation and made ​​it a branch of the Lateran University. It would supplement promising initiatives for the new evangelization. Archbishop Chaput is a member of the Board of EWTN, the most important Catholic television in the USA.
In 2011 Pope Benedict XVI. appointed him as Archbishop of Philadelphia, and thus he is in one of the most prestigious episcopal chairs in the US, connected with the dignity of Cardinal for a century. This has not been given to him because his predecessor, Cardinal Justin Rigali will only just reach age of 80 until next April. 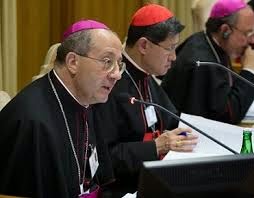 Archbishop Bruno Forte as Special Secretary of the Synod of Bishops (foreground)
The theologian Bruno Forte, as he is known in Europe, is sometimes referred to as the Italian Kasper. In the first part of the Synod of Bishops on the family  Cardinal Walter Kasper and Special Secretary Bruno Forte worked closely together. Forte is the author of  the controversial passages in the interim report on homosexuality. A position which did not obtain a majority at the Synod, but was nevertheless published at the direction of Pope Francis with the final report as if it were an integral part thereof. In this context, accusations were unloosed like "manipulation" and the personal criticism of a cardinal, that of a "shameless manipulator" were uttered in the wings of the Synod of Bishops.
Archbishop Forte, not only because of his appointment as Special Secretary of the Synod and as a favorite of the Pope, was also active and influential in the process of pushing the Synod in a certain direction.  His elevation to cardinal status appears to be safe, although he failed in the election as the acting President of the Bishops' Conference,  which defeat the Italian bishops handed him with fanfare shortly after the Synod of Bishops. It was a  demonstrative humiliation that would inhibit the  advancement of his career under other conditions, at least. But Pope Francis is characterized in dealing with people who are personally known to him by a striking either-or. Either he finds sympathy for someone, then they may expect big favors. More than that, who has ever been taken in his favor, of the Argentine Pope, he can not fall, as was the case of papal house prelates of the Vatican Bank IOR, Battista Ricca, showed. Conversely, the same is true, however. Whoever once falls out of favor once with Pope Francis, remains out of   it. 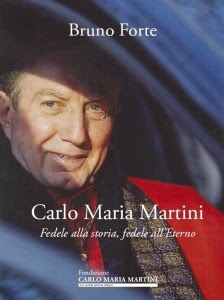 As he was put in the position of Pope,  the former Cardinal Jorge Mario Bergoglio undertook in Argentina  a series of personnel changes. This includes not only the understandable promotion of a confidant, but also the demonstrative demotion or removal of church officials, who had once stood in the way of the former Archbishop of Buenos Aires. It is also  to be remembered in the dismissal of the Bishop of the Diocese of Paraguayan Ciudad del Este,  Bishop Rogelio Livieres, who  is a native of Argentina.
With the promotion to cardinal of Bruno Forte, his appointment shall be connected to the new archdiocese of Palermo, in Sicily. Forte had already talked about as the successor for Milan and Venice, however, he was overlooked by Benedict XVI. in both cases. The recent humiliating defeat affected his Presidency for Central Italy in the Episcopal Conference. The appointment to Palermo and thus to southern Italy, would thus be to correct an imperfection in a number of ways.
Text: Giuseppe Nardi
image: La Cigueña de la Torre / Wikicommons / Papaboys
Trans: Tancred vekron99@hotmail.com
Link to Katholisches...
Edit: we don't like +++Chaput either.
AMDG
Posted by Tancred at 10:47 AM

I wouldn't count chickens before the hatch. Just because Cdl Rigali will be 80 doesn't mean that Philadelphia automatically keeps a Cardinal's hat. After all, the Cardinal hat that used to be in Detroit is now in Houston. I love, you love, we all love Abp. Chaput, but does Francis?

On the other hand, I think it very likely that Abp. Forte will be made a Prince of the Church. We know how much Francis loves him.

Archbishop Chaput is good but not great. He is excellent at articulating and defending the Church's teachings on morality. He is confident and well spoken when interviewed and a good writer on controversial subjects.

Unfortunately, he is very neo-con in his own diocese and an autocrat. Most of the clergy of Philadelphia are not that crazy about him. He has brought in the Neo Catechuminate and this is a big point of contention in the Archdiocese of Philadelphia.

He recently had wanted to have a permanent altar placed in the middle of the sanctuary and also rearrange where the throne is and the choir stalls in the sanctuary. Happily, the priests were surveyed on their thoughts about this and they were overwhelmingly against it. The plans for any wreckovations have been shelved, at least for now.

You are very correct, Anonymous. Thank you for pointing all this out so I didn't have to.

I think Cupich (Chicago) has a better chance with Francis than Chaput.

If Pope Francis appoints Bruno Forte as a cardinal and not another Italian who deserves it so much more and who is truly a Catholic, we will at last know the kind of person Pope Francis is......as if we didn't already.

If Forte is appointed, I wish a large group of faitful Catholic would have the courage to be present at the consistory, and to loudly disrupt it when Forte goes to receive his red hat! That would be wonderful.....and teach Pope Francis that he can't do everything he wants.

Even better if a white dove would swoop down and snatch the red cap off this rook.

The only way to stop them is to protest. There has to be a way either to prevent Firte from becoming a Cardinal, or to disrupt the whole show when Francis is about to give his hero the hat.
I say give Francis and Forte the boot.....out the door.

Forte is very close to the boR, follower of card.Martini, the antepapa, another name for a red biretta is Mogavero, I'm afraid that there are not good cardinals in Italy to be elected, but if they're friends of boR' friends, they'll have more than a chance....by the way, what about the argie priest arrested in Rome for sex abuses committed when he was a cura de rua in vilas miserias in BA? Guess who was the primate in those years.....

The priest who do not like Archbishop Chaput don't like him because he challenges them and he is closing parishes. Also, a lot of the older priests in Philly are a bit liberal (not all of them, but many).

The archbishop is working hard to old them accountable.

NOW, regarding liturgy, I agree. He brought in the portable altar at the Cathedral, which I don't care for. But you can also see what's going on... The choir stalls are not maximally utilized often, so I understand why he wanted it for a "regular Sunday" mass. But I do think it would be nice to remove it and use the High Altar when the choir stalls are filled at solemn Masses.

If Philly isn't a cardinal see anymore (which might be possible due to the number of parishes that have closed), then I think that would mean that the United States has lost a Cardinal. Because there isn't another See which should have an automatic.

Personally, I think a "Cardinal" see should have to do with the number of Catholics, Parishes, and Clergy an Archdiocese has, not the size of the city. the Archdiocese of Houston has over 6M people, but only 1.1 M catholics