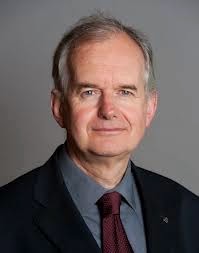 Edit: it's truly a sad time when Jesuit has become synonymous with blasphemy and sacrilege.

(Paris), the French Jesuit magazine Études has deleted the pieces by the anti-Christian Charlie Hebdo- caricatures  from its website.
Études had made ​​"solidarity" with the victims of the attack in Paris by publishing caricatures of the radical left-wing satirical weekly Charlie Hebdo against Christianity, the Catholic Church and Benedict XVI set (see separate report ). The article with the cartoons were  also to appear in the printed February issue of the Monthly Magazine.
In contrast, there arose violent protest, which prompted the editorial staff headed by the Jesuit François EUVE to delete the article without comment.
Text: Giuseppe Nardi
image: viechretienne.fr
Posted by Tancred at 12:34 PM

$50 says the Jesuits haven't been this irritated since Archbishop Thuc concecrated his early 80's bishops to carry on true holy orders and masses.

I doubt they cared a spit about peaceful protests. That would give them a thrill.

Did they simply realize the protests might, in fact, turn violent? Or did someone up the line (Pope Francis SJ?) tell them to grow up?

One is tempted to think a Jesuit produced the offensive "drawings." They are responsible for enough of the filth we have had to endure for the last fifty years.

I meant irritated at the fact they had so many protests they were forced to remove the blasphemous drawings.

These clerics in mufti, never look attractive. The priests wear cheap suits and have crummy haircuts. This one can't even wear his necktie decently. The nuns I've seen mufti wear the blandest of clothing. They would look so much more authoritative and have more credibility in their self-proclaimed concern for the poor if they were clad like the clerics of old, in threadbare soutanes and habits.

Lol and lol. In all honesty, images of Sly Stallone in a sharp '80s suit with shades flashed through my mind. Then there's Alexis Colby from Dynasty, well Joan Collins is forever complaining about women who wear trashy clothing. I don't think she's into pant-suits somehow. Don Johnson designer-stubble anyone?

More seriously, I have seen at least two Jesuits wear their habit.

Seeing that the Jesuits were thrown out France, perhaps they should have stayed out.