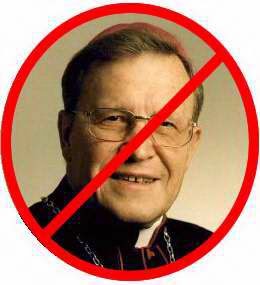 Edit:  When he's not insulting Catholic sensibilities, he's offending political correctness, and it's looking very curious indeed that Pope Francis has so enthusiastically endorsed Cardinal Kasper.   Surely he must have known Kasper's penchant for making remarks that are offensive to the consensus.  Since the media hasn't complained about the honored and very controversial presence of Cardinal Daneels at the Synod, it's very doubtful they will notice Kasper's impolitic remarks insulting the religiosity of conservative African Bishops, who frankly, have more important problems than coddling a very small minority of people in the West.

It's not the first time Cardinal Kasper has gotten in trouble.  Some may recall the time when he told the press that Heathrow Airport was like a Third World Country, when he was in England as part of the Pope's visit.  He was promptly sent home.

Now he's been quoted by a journalist, Edward Pentin, as saying that Africans really can't be relied on to effectively discuss "homosexuality."  Despite denying that he ever said this, Pentin says he did and has a video recording of Kasper in interview.  More recently, he's resigned himself to calling his remarks part of an informal and internal discussion he's having with himself in the presence of electronic devices, and considers the concern about his remarks as an attack on the Pope himself, since the Pope has, says Kasper, fully endorsed him.

Rorate reported that Zenit took the interview down, well, it's back up again, at least at Kath.net...

There's a poll, also, asking if Cardinal Kasper should be refused Holy Communion for his dissent on Catholic teaching.  Right now, 83% of the respondents say he should.

Photo from That the Bones you Have Crushed...
Posted by Tancred at 10:57 PM

I couldn't care less whether or not this creep a race or nation. He has said much worse about what should be much more esteemed. But if that is what it takes to flush this turd, so be it!

It is not so easy to be rid of a kakerlake.

No, it will not derail the goal of the 'powers that be'. It does hopefully eliminate the public liar but there are other henchmen who have the 'approval of the pope'. The buck stops with him.

If there were modernists in the Early Church, there will be modernists after this Synod. I think any public perception of consensus is irrevocably destroyed by now.

Apocalypse: the synod of Bishops is in the Bible: Apocalypse begins