Church and SSPX: Friend of the Pope Threatens Faithful Catholics With Excommunication 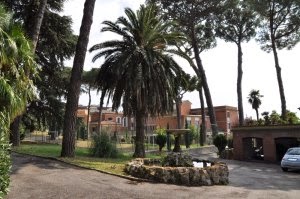 (Rome) There is a campaign in progress in Italy against the Society of St. Pius X.  The reason is there is a bishop's threat  that believers who receive the sacraments at the SSPX may be excommunicated. The initiative is in direct contradiction to the recent opening of Rome toward the SSPX led by Archbishop Guido Pozzo, Secretary of the Pontifical Commission Ecclesia Dei.  Rorate Caeli speaks of "double standards" and  "selective compassion."
The media campaign was triggered by a letter from the Bishop of Alban  from last October 14th to all pastors of his diocese. Bishop Marcello Semeraro informs his diocese about the SSPX and issued instructions. Albano is one of the suburbicarian bishoprics of Rome, whose nominal owners are the cardinal bishops of the Catholic Church, that is the highest ranking members of the Sacred College. The Cardinal Bishop of Albano is the former Cardinal Secretary of State Angelo Cardinal Sodano.
Bishop Semeraro justified the "notification" because of queries  about the validity of sacraments by the SSPX, which were addressed to the Diocesan Curia. The seat of the Italian District of the Society is located in Albano.

"No canonical status", "no lawful exercise" of the priestly office 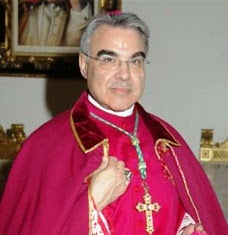 Bishop Marcello Semeraro
The bishop refers to the "benevolent lifting of the excommunication" of the bishops of the Fraternity by Pope Benedict XVI. on January 21, 2009. And to the letter to all the bishops of the Church from Benedict on 10 March 2009. Msgr. Semeraro places emphasis on the statement that the bishops of the Fraternity exerts no "legitimate" ministry in the Church (AAS CI, 2009, No. 4, p. 272) and the Society "has no canonical status" in the Church, which is why their priests can not exercise any office "lawfully" (AAS CI, 2009, No. 4, p. 710f).
Furthermore, the bishop refers to a pastoral letter by his predecessor, Monsignor Dante Bernini (1982-1999), which states:. "The Catholic faithful may not participate in the Masses or receive the sacraments provided by the Society.  Otherwise, this action would mean to break communion with the Catholic Church."

Faithful of the SSPX Are Not in Communion with the Church?

Bishop Semeraro draws the conclusion: "Therefore, each Catholic,  who solicits or receives the sacraments from the Society of St. Pius X, is  not in communion with the Catholic Church. A re-admission into the Catholic Church must be preceded by   an adequate personal  path of  reconciliation according to the competent episcopal ordinary".
Finally, the bishop regrets that some "options", presumably  relating particularly to children and young people, are "contrary to the pastoral orientation of the Italian Church and the Diocese of Albano."
The pastor should inform the faithful about this episcopal statement.

The media, especially the weekly magazine L'Espresso, attacked the bishop writing with large headlines: "Pope Francis prohibits Lefebvrians from celebrating Mass". The subtitle: "The followers of an excommunicated, ultra-traditionalist  French bishop are now in the sights of Pope Bergoglio: one of his most faithful friends has forbidden the celebratiion of Mass and administeration of the sacraments. Whoever follows them, risks excommunication." The article whirls the truth, canon law and fictional conclusions into chaos.

The Career of the Bishop

Espresso credits a report that Bishop Semeraro is one of the closest confidants of Pope Francis. The bishop was appointed by Pope John Paul II. In 2004, He underwent a major upgrade under Pope Francis. In April of 2013 he was appointed secretary of the new Cardinal Council, to advise the Pope on the reform of the curia and the Church leadership (see Bishop Semeraro, C8-secretary . This C8-Council has been expanded by Cardinal Secretary of State Pietro Parolin to a C9 Council.  Bishop Semeraro handles the coordination of the Council. In the Italian Bishops Conference , Msgr. Semeraro performs the function of the media bishop and thus has the oversight of the bishops' conference part of daily Avvenire , the published first the "notification" to the priest.
The relationship between Bishop Semeraro the the SSPX has never relaxed. Last year the SSPX elicited an opinion against the Pope's travel to Lampedusa (see  Lampedusa was "Inclined to Progressive Simplification" of a Complex Question ). Similarly, the willingness of the SSPX to hold a funeral Mass for Erich Priebke, because Priebke was for reasons of political correctness, and annoyance for the Diocese of Rome that brought them great embarrassment (see Diocese of Rome Refused Erich Priebke Public Funeral - Political Correctness About Death? out and Priebke Coffin Spat Upon - The Hatred Must Know Boundaries, but  Catholic Subservience Also  ).
Text: Giuseppe Nardi
image: Wikicommons / NBQ
Posted by Tancred at 9:18 PM

Lies, lies lies. The crisis of apostasy in the Church from the top down along with an illicit right of the mass has created a situation of emergency. Due to that emergency all sacraments in the SSPX are valid. Sorry liar, nobody believes the lies anymore.

Pope Benedict XVI and the Bishop of Albano made a doctrinal errror with reference to the Letter of the Holy Office 1949 , Catechism of the Catholic Church 1257-1260 and an irrational interpretation of Vatican Council II .http://eucharistandmission.blogspot.it/2014/10/pope-benedict-xvi-and-bishop-of-albano.html#links

YAWN. Good luck with that.

screw Vac ii and all its works!

Meanwhile, Francis has prepared the ground for the eventual Conanisation of Benedict XVI - bust unveiled and eulogy of praise for the old liberal modernist who nearly had Bishop Fellay caught hook, line & sinker. John Paul I is also another possible so I have heard - for smiling.

This reluctant pope is laying the sandy foundations for a coup against The Society but if they stand their ground they will win the war. No deals, no danger.

I side with the SSPX. Go to H Pope Francis.

And....doesn't this bishop have all the appearances of a fancy boy.

Have nothing to do with Modernist Rome......That is what the Archbishop would say....the only "saint" amongst them all.
What SSPX faithful would think he is excommunicated from a church he never belonged to.....Bishop Fellay beware you are treading dangerous ground with these rats!

Stephen, you are a dope.

Shame on you for your filthy mouth and for your thinly veiled attempt to paint a holy fraternity of priests as some who would curse any soul let alone a pope. Just in case you really are some variety of Catholic and not a non-Catholic or "resistance" provacateur...go to confession before ever returning here.

So, let me get this straight. Every kind of heresy is tolerated in the Church, everyone is allowed to do anything and everything that they want to do, but if you dare practice the Catholic Religion, you get the iron rod of vengeance and get supposedly “excommunicated?”

If Pope St. Pius X himself were raised from the dead and ratified what the Society that bears his name is doing, they “still would not believe.”

This hatred for the True Catholic Faith is diabolical.

Cardinale Vallini will soon retired. - It's a very good publicity to become the new vicar of the diocese of Rome.

I wasn't gonna say anything, but my first reaction to seeing his pic was "Liberace."

All are welcome in the church of nice - except practicing catholics

Furthermore, the bishop refers to a pastoral letter by his predecessor, Monsignor Dante Bernini (1982-1999), which states:. "The Catholic faithful may not participate in the Masses or receive the sacraments provided by the Society. Otherwise, this action would mean to break communion with the Catholic Church."

Bishop Semeraro draws the conclusion: "Therefore, each Catholic, who solicits or receives the sacraments from the Society of St. Pius X, is not in communion with the Catholic Church. A re-admission into the Catholic Church must be preceded by an adequate personal path of reconciliation according to the competent episcopal ordinary"."

If we're going to be honest, isn't this true though? I don't wish to open a can of worms, but I'm just askin'.

You refer to a pastoral letter dating back to the Nineties, that is BEFORE pope BXVI abolished the excommunication which had been imparted to the bishops ONLY of the Fraternity, not to their priests and faithful ones. Hence, even then, it was an abuse to promise sanctions to priests and laity.
Then the excommunication was abolished, and the Ecclesia Dei, as it is
reported in the Fraternity's statement, explained quite well how to consider the attendance at Sunday Masses and Sacraments celebrated by the FSSPX. Cardinal Ratzinger too, then the Prefect of the Congregation of the Faith IN 1993 had argued that attending Mass or sacraments by the FSSPX was legitimate.
Monsignor Semeraro has discovered that the FSSPX is there now, after 40
years of apostolate ? Perhaps more and more people prefer the FSSPX to his priests' and his own Masses, especially after the ecumenical celebration in January 2014 and the "ouverture" to " homosexual culture". Having seen
his picture, I' m starting to understand.
In Italy at least more and more Catholics are realising we are in very bad times, times of emergency, as to our Faith. And more and more people are tired of some Bishops and some priests. And their coffers begin to shrink, and they begin to sriek...

parliamentary procedure certainly doesn't require a fourth but why not.. I fourth.