"Sign of the Times" -- Franciscans Give up Cloister in Reutte Tyrol 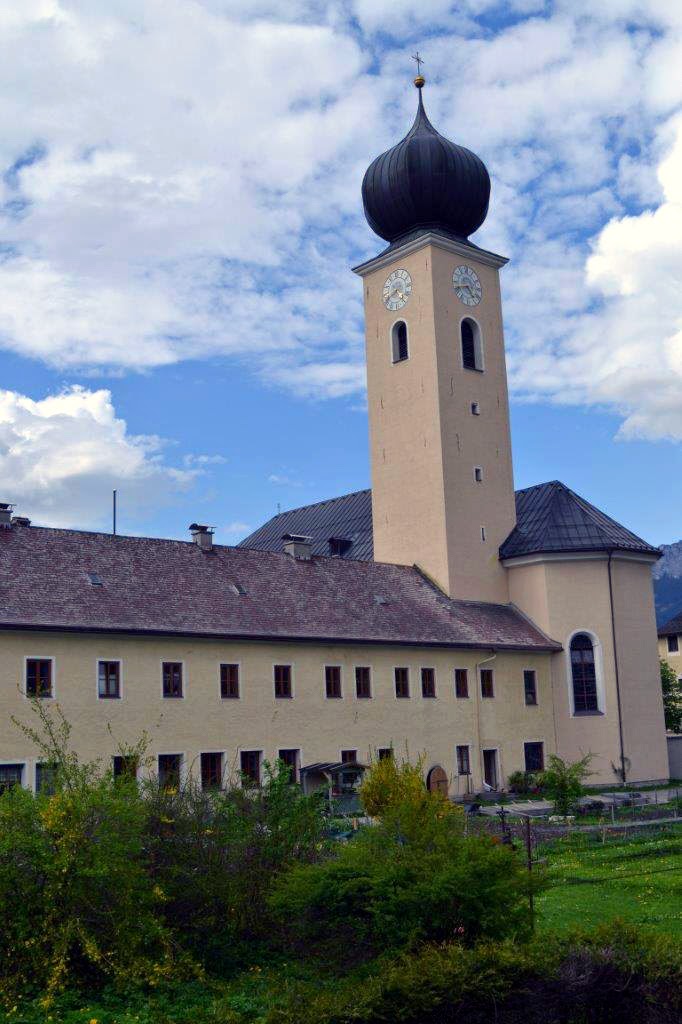 (Innsbruck) And again a monastery less. The last four brothers of the Franciscan Friary in the town of Reutte in the Tyrol have left their posts. After 386 years, the Franciscan monastery in the market town on the Lech has been abandoned. The Provincial of the Franciscan province of Austria, Father Oliver Ruggenthaler, justified the abandonment  to  ORF [Austrian Broadcasting] with the words: The small number of brothers was a "sign of the times".
Certainly it is a "sign" for the continued decline of a [once] glorious 800-year-old Order. The population of Reutte wanted to ask the Order to stay by a petition. An expression of solidarity and of feeling upon the departure of losing a part of one's identity. In addition to a piece of religious history, a piece of Church history comes to an end. But  the lack of religious youth can not be fixed with petitions. Nor can the lack of priests  be replaced by  "active participation of the laity in the pastoral space" (Mayor Alois Upper).
The Franciscans were came to Reutte in 1628, where they were summoned  the sovereign of  Tyrolea then, Archduke Leopold V of Austria. The original fifteen Franciscan monasteries Tyrol together with two smaller branches attest to the deep roots of the Order in this area. The oldest monastery of the Order in Bolzano originated most likely in 1221 during the lifetime of St. Francis of Assisi. At its peak the province of the mid-18th century had about 500 brothers. At that time also was included the Bavarian monastery  and monasteries in western Austria (Vorarlberg, Baden, Württemberg, Alsace) to the Tyrolean province. The 1927 for the annexation of South Tyrol by Italy made for a division that was overcome in 2001 by the unification in a single Tyrolean province of the Order, but has not halted the further decline of the Order. In 2007 there was a merger with the Austrian chapter.
Today there are eight monasteries in Tyrol. The branches of Kufstein, Klobenstein, Hinterriß, Maia and last Innichen (2012) and Reutte (2014) had to be abandoned because of a lack of growth. . The Monastery of Cortina d'Ampezzo still exists, but since the interwar period, it is part of the Venetian Province of the Order.
From 1977-2000 the Provincial Novitiate of the Order was located in Reutte. The vacant monastery has passed over to the Community of Reutte and is to be converted into an assisted living facility.
Text: Giuseppe Nardi
image: Franciscan Province
Trans: Tancred vekron99@hotmail.com
Link to Katholisches...
AMDG

Well, the Franciscans of the Immaculate WERE coming in to people a number of abandoned monasteries but now they are closing down as well. One might almost think holy mother Church does not really want Orders to grow. But, of course, this is the 'new post-conciliar' church and does not want ties to the past...

Demographics is destiny. No kids, no priests, no religious. This is the result of Catholics buying into the culture of death along with everyone else in the West. Traddies seem to be the only ones capable of filling a pew these days. The rest, one, maybe two precious darlings who are not going to be encouraged to discern a vocation.

Such a large building with only 4 monks in it?

That it is now to be used for assisted living for weak members of the coummunity is welcome news.

Very true. But demographics are determined by Church teaching - or the lack of it. It is the total lack of proper Catholic formation which has led to no kids, etc. The modernists in the Church are totally to blame for this, as they are to blame for nearly every other ill the Church is suffering through right now. St Pius X could not have been more prescient.

Yes, we are there.
Answer- Worship the Creator.

dont rake the mark of the beast.