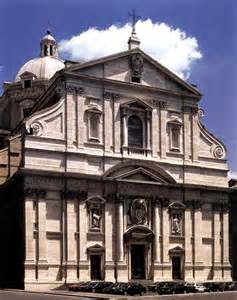 Edit: just got this from the heretical Thomas Reese SJ, where the Pope is celebrating the 200th anniversary of the Society of Jesus since its restoration by the truly humble Pius VII.  The Pope, echoing one of his predecessors of happy memory exhorts his Jesuit brothers to row.  Row? How about steer. Steer away from the rocks?

He praises the Jesuits of old for "not resisting" the humiliation that came with their dissolution, citing the Father General of the time, Lorenzo Ricci, he praised the Jesuits for their "obedience", despite the fact that the Order continued on in Russia, thanks to a rejection of Papal authority by Catherine the Great, whom the Pope praises along with a "Protestant Monarch" the evil Frederick the Great.


Let us remember our history: the Society “was given the grace not only to believe in the Lord, but also to suffer for His sake” (Philippians 1:29). We do well to remember this.

The ship of the Society has been tossed around by the waves and there is nothing surprising in this. Even the boat of Peter can be tossed about today. The night and the powers of darkness are always near. It is tiring to row. The Jesuits must be “brave and expert rowers”(Pius VII, Sollecitudo omnium ecclesiarum): row then! Row, be strong, even with the headwind! We row in the service of the Church. We row together! But while we row - we all row, even the Pope rows in the boat of Peter - we must pray a lot, "Lord, save us! Lord save your people." The Lord, even if we are men of little faith, will save us. Let us hope in the Lord! Let us hope always in the Lord!

The boat of Peter is currently being steered toward the rocks by the bad Captain at the helm. The boat of the Jesuits has already hit the rocks.