Douville is The New President of Vatican Bank

(Vatican) The French management consultant Jean-Baptiste Douville de Franssu will be the new President of Vatican Bank IOR. De Franssu may be announced in the next few days as the successor of Ernst von Freyberg. The Frankfurter Allgemeine Zeitung had already reported the name of the new IOR President on 2 July. Last Saturday the first meeting between the Frenchman and Pope Francis took place. It is rumored that Von Freyberg had "communication problems" with Pope Francis. Even so "differences" with the controversial Household Prelate, Gian Battista Ricca, induced the German business executive to finally return to Germany. While Ricca, despite his troubled past, has earned the trust of Pope Francis, this did not suffice for von Freyberg, to maintain direct contact with the Pope. 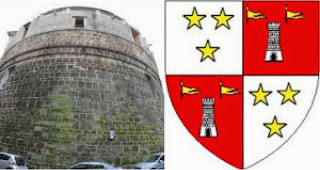 The new Chief of Vatican Bank, Douville de Franssu, has been incipiently active in international business consulting. He is additionally a partner in the American Advisor Firm, Guardiola. Both undertakings do not belong to the first class of consultants internationally. This could, as long as Pope Francis is in office, broaden their influence in the Vatican. McKinsey and others have made "proposals" for Curial reform and their words have influence.

The Influence of Msgr. Vallejo-Balda on Pope Francis

De Franssu is supposed to have earned the trust of the new Economics Advisor of the Holy See, George Cardinal Pell. His appointment seems to belong more to the influence of Msgr. Lucio Vallejo-Balda. Vallejo-Balda is the number two in the Prefecture for Economic Affairs of the Vatican. The industrious Monsignore enjoys the trust of Pope Francis despite some curious events.

The eldest son of the upcoming Vatican Bank President, Louis Victor Douville de Franssu, had worked till now for Promontory Financial Group. The Financial Consultant has been active on the Vatican since 2013. Previously, Louis Victor de Franssu was employed with Goldman Sachs. From Promontory comes also the new General Director of the Vatican Bank, Rolando Marranci, since 2013.

What's really interesting to me is that the President of IOR found him impossible to work with.