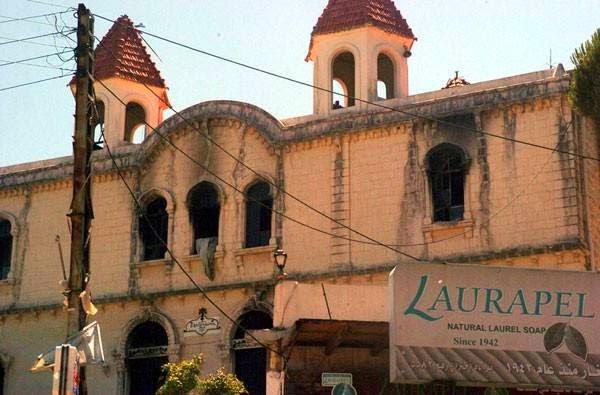 (Damascus) On the 14th and 15th of June the Syrian army regained control of Kasab.  The city, inhabited by Armenians city in northwestern Syria, is less than three kilometers from the Turkish border and 17 kilometers from the Mediterranean. It had been captured in March by anti-Assad rebels.

As the Armenian Patriarch Nerses Bedros XIX Catholic Tarmouni explained,   the advancing Syrian soldiers provided a picture of devastation. Alle Kirchen der Stadt wurden von den Islamisten zerstört. All the churches of the city were destroyed by the Islamists.   The crosses were torn from the churches, the icons damaged or burned, statues smashed.  The churches were burned down and the walls smeared with Islamist slogans and the Koranic suras.

The reclaiming of Kasab  was attended by the regular Syrian associations, self-defense units formed by Syrian Armenians in part and associations of the Shiite Hezbollah from Lebanon. 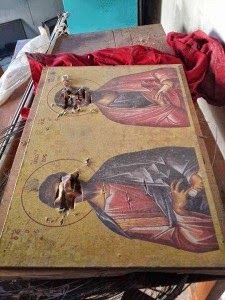 On March 21, the attack of the Islamists had begun. Particularly active was   the Al-Qaida Salafist associated Al-Nusra Brigade. The Islamists moved from the border mountains of Turkey into the city.  More than 700 families were evacuated from the city. What remained were units of the Syrian army and the young Armenian men who formed a self-defense militia to defend the churches of the town.  After heavy fighting, however, they had to retreat before the overwhelming power of the Islamists. Now they have returned to their liberated city.

The Armenian Catholic Patriarch called on the refugee population to return to Kasab and participate in the reconstruction of the city.  The Armenians of Kasab are mainly engaged in agriculture. The city has a symbolic character for the Armenians.   Since 1915 they have had  been expelled by the Turks in the great genocide of Cilicia, and Kasab is the last Armenian enclave of this area.

ABS is waiting for Rabbi Skorka to denounce this; ought ABS hold his breath?

In a few years, when Muslims once again control the region, they will ask "What incident? We were all Arab Muslims in the city before. There were no Armenians here, no churches; this region has been Arab and Muslim for thousands of years!"

This so called Islamists attacks are proof that the FINAL persecution against Christianity by the Antichrist has began.

I propose they change the name of those burned out churches to "St. John Paul the Great"