Magadan in Russia: Yesterday a Place of Death -- Today Also a Place of Life 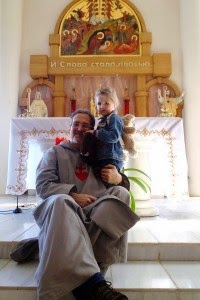 (Moscow) Magadan is a city in Russia, which was established as the administrative center for the Soviet Gulag system. The Catholic Chaplain Father Michael Shields works there.  Magadan is  a synonym  for death to  Russians.   Today, however, in the Russian city of nearly 100,000 inhabitants, there is life, because Father Michael is defeating  abortion. "Our program here is great, which I am always reminded of  when I see these children laugh and play,” says the priest of the Order of the Little Brothers of Jesus (IPFI).
Every year hundreds of thousands of children do not see the light of day because they are killed in the womb. This is the brutal legacy of Communism, still overhangs Russia more than 20 years after its collapse.  In 1920 the Communist Soviet Empire was the first country in the world that allowed the child murder. It was the first country in the world, which regarded  murder as "liberation" and the killing of innocent children is portrayed as "humane" act for "progress."
For every 10 children born, 13 children are killed. For the Communists, a life was worth nothing, abortion has been used as a means of birth control. Abortion as a macabre "contraceptive". Through the efforts of democratic governments to counteract it,  the ratio has improved in recent years. The rapid demographic collapse of Russia was halted in 2010.  However, the number of children killed is immense with almost one million. 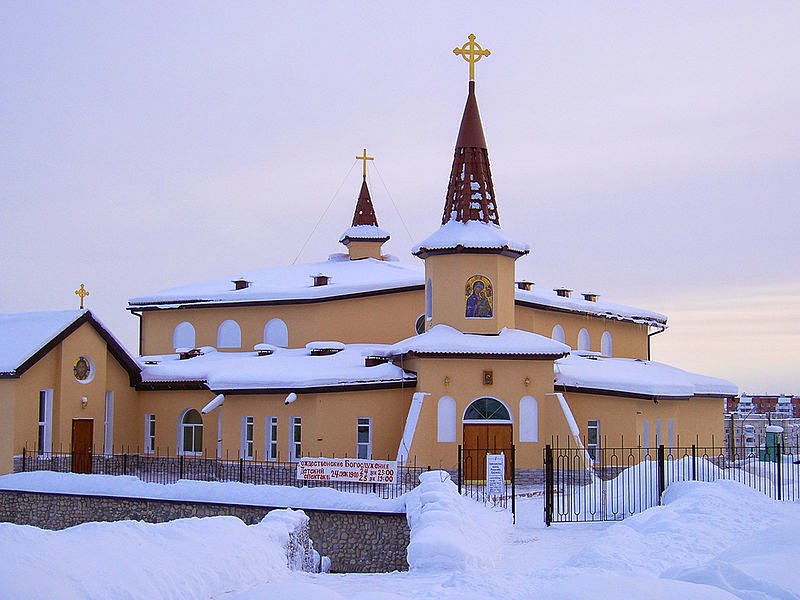 Magadan is a port town in the far east of Russia. The city on the Sea of ​​Okhotsk was a military district until 1991. The average temperature here even in summer  reaches about 15 ° Celsius. But in winter it sinks to minus 25 degrees. The living conditions are tough, so the Soviets built a warehouse and administrative center right here  for the concentration camp. Here, many Christians have suffered and many were killed. Here today Father Michael Shields is pastor. The Catholic parish church is dedicated to the birth of Jesus. The Church of the Nativity is  a center of life for Magadan.
Father Michael belongs to the order of the Little Brothers of Jesus, which was also founded in 1933 in an inhospitable location on the model of St. Charles de Foucauld in the Sahara desert in Algeria. In 1994, Father Michael left Alaska to go to Russia. "The cold I already knew." He already knew then   though of the many broken and killed human lives, the genocide of his own people, that had been done by  Communism. "But first I have understood here the true extent of this tragedy," he says today.
Almost every woman over 30 years had already had an abortion. Some women even ten or fifteen times. For the Catholic religious order,    the lack of respect for human life is the direct result of an ideology that denies human dignity. Magadan was a concentration camp in 1929 and from 1932 to 1954 an administrative center of the largest concentration camp complex the world has ever seen. In the Gulag, several million people have died and a very large numb have been locked away: "therefore stands  Magadan means death in Russia."

We Make People Aware that Life is Sacred 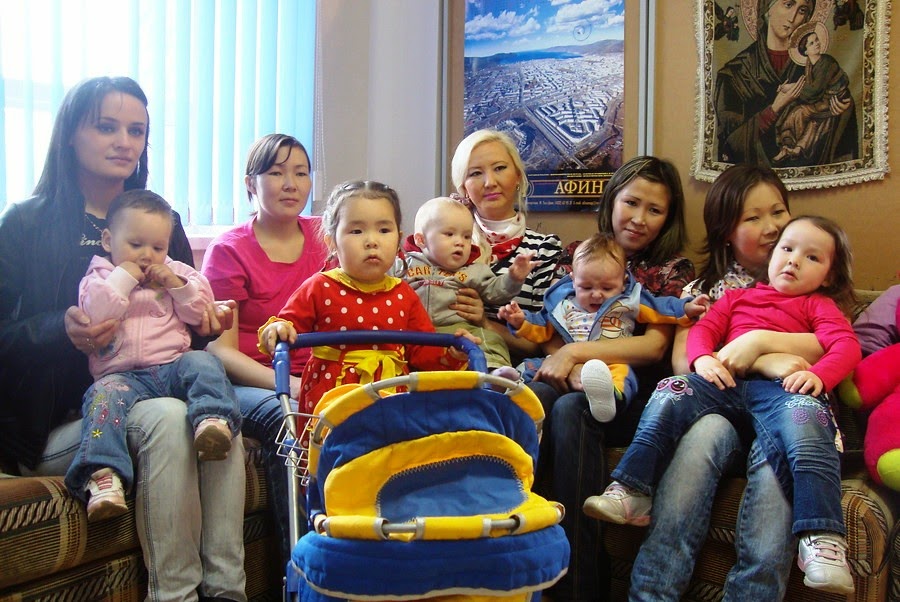 Step by step, it is Father Michael who managed to replace the non-culture of death by a culture of life and to convince the women to share their pain and guilt about the children killed, with  God. This resulted in Rachel's Vineyard, where annual retreats take place. Quite a few women light candles before the icon of Our Lady of Perpetual Help for their "unborn" children. "One in five women have been here and have lit 47 candles," said Father Michael.
The Catholic charity Aid to the Church in Need offers support to all the girls and women, all mothers, moral, spiritual and economic assistance in parish.  Father Michael has tried quite specifically to help with clothing, food, drugs with his parish. "There are not a few women who can be tempted from economic hardships to abortion. We are trying to raise the consciousness that a human life, even of this small,  unborn,  but already existing child, is sacred and inviolable from conception until natural death,” said Father Michael.
"In Magadan to have a child,  sometimes means the loss of everything.  Some mothers don’t even  literally have a roof over their head. "There are about fifteen women, mostly young girls who are currently supported each month by Father Michael. "For the unborn child, we give where necessary, up to three years of financial aid. But anyone, whoever comes, receives support from us,” said the Catholic religious. "We have so far rescued 65 children, of whom we know for sure. We have accepted many newborns and infants because they had health problems. And we have helped many mothers to build a life. Our program here is great, which is always newly present to me when I see these kids play and laugh. I love them all."

"The More People Who Love God and Glorify Him, the More Graces He Bestows"

The parish also has a small apartment in which to live for a shorter or longer period of time for giving birth and new mothers. There are several doctors around who know the American priest in the meantime, to help him in his apostolate of life by treating mothers and children for free. Father Michael recommends that all pregnant women come as soon as possible to receive an ultrasound. "To see the child, and no matter how small it is, makes it a reality. And to hear his heart beat, creates a very strong bond, which immediately awakens the maternal instinct. Or a simple gesture, like shopping for baby dresses can help to understand that here there already grows a new life, an independent life, a new man with his face, his eyes, his mouth and his smile. And that it is her child, the child of that woman. Many of them have never even had  a mother figure at her side, which is indispensable in order to learn to be a mother. "
Through the efforts  of the Church and of Father Michael Magadan is being transformed from a place of death  into a place of life. "I believe this is because the number of believers is growing. The more people believe and glorify God, the greater the love of life and the more grace is to be offered. Because God is love and life. "
Text: Giuseppe Nardi
image: tempos / Wikicommons
Trans: Tancred vekron99@hotmail.com
Link to Katholisches….
AMGD
Posted by Tancred at 10:29 PM

Thank you for posting this. We need to read more of the true heroes in our world!

See? If we cooperate with God, good things happen!

This reminds me of the great work of the late Fr Paul Marx (OSB) against abortion. Indeed, M.Prodigal, they are heroes. What an appalling world legalising infanticide and calling it a reproductive health right.

Is there any Muslims in magadan

Is there any Muslims in magadan?