"Do You Want to be Like Jews and Christians?" -- Islamic Indoctrination in Libya 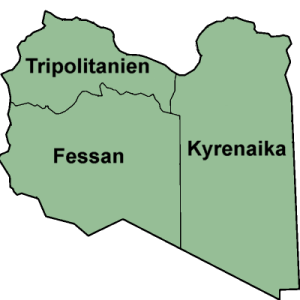 (Tripoli) Fathi Abdelmounaim, presenter at the TV station Al Manara describes what is being taught in the schools of Benghazi in eastern Libya today. In this part of the Mediterranean state, which was once ruled by Colonel Muammar al-Gaddafi, the state is absent today. In practice control is by Islamist militias and clans. At the madrasas, imams teach  "extremist ideas" says Abdelmounaim.
The Imams "indoctrinate children in the rejection of democracy." Democracy was "only a subject for apostates," is how Abdelmounaim describes the situation.

Madrasas out of control

From the capital of Cyrenaica, the protest against Gaddafi went out. Today there is increasing, in particular, the number of radical Islamic preachers who come mostly other Muslim states to Libya. The reason for this influx  is the legal uncertainty. Wherever the state is weak, the Islamists dive in, as Abdul Nasser Ahmed, chairman of the Libyan Observatory  for Human Rights . "No one today controls the madrasas, because the state has no means to do so." The result was that all the "Islamic groups, whether extremist or moderate misuse the school for their ideology. In most cases it is an extremist, as those of Ansar al-Sharia," said Ahmed.
The terrorist group is blamed for the murder of the American ambassador in Libya Chris Stevens and three of his employees.

The spread of Islamism in Cyrenaica is indirectly confirmed by Samia Mahmoud. He is formally charged with the inspection of the madrasa by the state. "Some indoctrinate young people with their ideas, which have nothing to do with Islam," said Mahmoud.
For Abdelmounaim the imams are spreading a "culture of hatred"  in Benghazi. They "say that the parliament consists of unbelievers, that one should not participate in elections because it is just a concern for apostates." The Islamists would say the young people, "Do you want to be like Jews and the Christians?", and accept democracy.

Libya is now a divided country. The state is too weak to really control the country, which is divided into its various parts and is controlled by different militias. Islamists thus find fertile ground.
Text: Giuseppe Nardi
image: Wikicommons
Trans: Tancred vekron99@hotmail.com
Link to Katholisches...
AMGD
Posted by Tancred at 12:16 PM