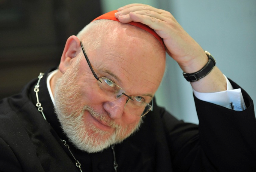 (Rome) The decisions  were made by Pope Francis alone.  So Cardinal Secretary of State Pietro Parolin learned  just like everyone else, from the media that the Pope had built a new super-ministry for all economic, financial and administrative matters. And above all, so that  the Secretary of State had its responsibilities   withdrawn from these areas. The pope confirmed some cardinals, while other prominent cardinals were not considered, including his opponent in the conclave, Cardinal Angelo Scola, Archbishop of Milan.
With the establishment of a new Congregation for economic matters, called the   Economic Secretary, and a new controlling body for all economic and administrative activities of the Vatican, Economic Council ,  for which  Pope Francis summoned the traditional [sic] Cardinal George Pell from Australia to Rome  and Cardinal Reinhard Marx of Munich, the most influential European Church leader, to be very closely connected to him. Other Cardinals came less off lightly.

Economic Area Removed from The Secretary of State

By reorganizing the Cardinals Angelo Scola (Milan), Odilo Scherer (Sao Paulo) and Antonio Maria Rouco Varela (Madrid) were recalled from their previous positions in Economic Affairs of Rome. Among the seven lay memebers of the new Economic Council there isn't a woman. The enterprising Francesca Chaouqui was not accepted.
Cardinal Secretary of State Pietro Parolin had not been informed of the establishment of a new Economic Congregation. Pope Francis continues to  make his decisions alone.
On 8 March, shortly before departure on the retreat of the Roman Curia, Pope Francis named  the eight cardinals and seven layity for the new Economic Council. The appointment was made ​​ad quinquennium. The basis of the appointments is the Motu proprio, Fidelis dispensator of 24 Februar 2014.

Although it has been explicitly enshrined in the Motu proprio, that even bishops can belong to the new body, Pope Francis appointed only cardinals. At its head is the German Cardinal Reinhard Marx, Archbishop of Munich and Freising. He was transferred to the post of "Coordinator", ie President. A few days after this Roman announcement, Cardinal Marx was elected in Münster also as the new chairman of the German Bishops' Conference.

The other Cardinals are:
The seven laymen are:
In a note from the Vatican spokesman, Father Federico Lombardi announced that the Cardinals Cipriani Thorne, Napier, Ricard, Rivera, and Tong Hon Vallini and Cardinal Pell, the new Prefect of the Economic Secretariat,  previously belonged to a study group on the topic. The Cardinals Pell (new Prefect) and Marx (new Coordinator) both belong to the C8- Cardinals Advisory, which was institutionalized by  the Apostolic Constitution Pastor bonus.

The non-Chosen: Cardinal Scola, The Opponent in the Conclave

Father Lombardi did not mention that other cardinals who also previously belonged to the study group, were not  adopted into the new body. After all, they were   Cardinals, who had previously possessed influence, like  the German Cardinal Joachim Meisner (emeritus Archbishop of Cologne), Cardinal Rouco Varela (Madrid) and the American George Francis. It was only a year ago when   Cardinal Tong Hon of Hong Kong and the Cardinal Polycarp Pengo of Africa  and the Indian Telesphore Toppo had been appointed, who were not taken. The disregard of Cardinal Scola, Archbishop of Milan and opponent Bergoglios particularly stands out in the conclave. Similarly, the Archbishops of Caracas, Cardinal Urosa Savino and Sao Paulo, Cardinal Scherer. Scherer and Toppo were also recently removed by Pope Francis from the Cardinal Commission for the Vatican Bank.

The appointments were announced on the Day of the Woman, what journalists brought equal attention to the fact that no woman is among the appointees. Zahra, Franssu, Llano, Messemer and Yeo belonged to the Commission established by Pope Francis last summer  for the reorganization of economic and administrative affairs of the Vatican. The controversial Francesca Chaouqui also belonged to this Commission which will not, however,  employ her.
The Vatican expert Sandro Magister sees this as a sign that the star of her mentor, the Spanish Opus Dei prelate Lucio Angel Vallejo Balda is on the decline again. Vallejo Balda was supposed to be representative of Cardinal Pell in the new Economic Office. At the end   Pope Francis simply preferred his secretary, the Maltese Alfred Xuereb.

Auditor-General with a Strong Position

About the new institutions in the field of economy, finance and administration enthroned at the Vatican, the new figure is the General Auditor. He has not yet been appointed. As the vice-coordinator of the Economic Council , Zahra, the Boston Globe   said, is Auditor-General to carry out the year review and be equipped with the skills, to carry out checks at any time, inspections and special surveys. Zahra also stressed that the new Economic Secretariat was equated to the State Secretariat.
Thus the new Pontifical Council like the State Secretariat reports directly to the Pope, withdrawing the   responsibility of the latter. Cardinal Secretary of State Parolin was only made aware, like all others,  of the construction of the new "Ministry" by the media.
Text: Giuseppe Nardi
image: Settimo Cielo
Trans: Tancred vekron99@hotmail.com
Posted by Tancred at 1:12 PM

Francis is building up quite a list of non-friends.

Cardinal Marx holds Pope Benedict's old see, does he not? My St. Corbinian intercede for him and remind him that the holy bear-taming Frank was sent to the wilds of Bavaria to evangelize the Germans. But when he stuck up for the sanctity of marriage, he was forced to flee for his life. Interesting.