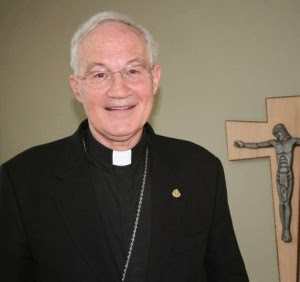 (Vatican) Francis Pope today confirmed Mark Cardinal Ouellet as Prefect of the Congregation for Bishops. The French Canadians in 2010 was called to Rome by Pope Benedict XVI. and entrusted with the leadership of the Congregation. He was "papabile" at the last conclave.

The Congregation for Bishops is also responsible for a portion of the appointment of bishops, insofar as these do not fall as a mission area, within the jurisdiction of the Propaganda Fide.

Cardinal Ouellet is the fourth of nine prefects, who was confirmed by Pope Francis. Cardinal Piacenza, head of the Congregation for the Clergy, has been withdrawn while the other four congregations are yet awaiting decisions.

You missed the fact that he dropped Burke and replaced him with Nichols of Westminster. England is now stuffed as far as future episcopal appointments are concerned. Nichols supports "gay Masses" in his archdiocese and infamously said: "The Church supports same-sex civil partnerships".

We have lost an orthodox man and gained a liberal nonentity. The chastisement continues.

This is just the beginning. Unlike His conflicted, tentative, academic predecessor, this Pope means business.

It also looks like we're losing ++Piacenza as well, and it seemed pointless to say what is being reported everywhere else.