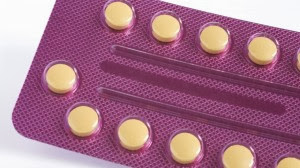 (Paris) A French pharmacist refused to sell the early abortive morning after pill out of conscience and has now been discharged. Jacqueline F. had asked a colleague to serve a customer the morning after pill. The customer received the product that has both a contraceptive and abortifacient effect. A complaint was brought against the pharmacist.

The question of conscientious objection concerns in France don't just include the mayor who refuses "gay marriage",  who they want to compel by the socialist government by state law. The French law also prohibits pharmacists of conscience to refuse sale of the morning-after pill. Who does so anyway, risks losing their job, as happened to Jacqueline F. In a report by  the  Objection Association she made ​​known her case.

The woman had completed her pharmacy degree two years ago and has since worked as an employee in the branch of a major pharmacy company. The idea that she would have to sell the morning-after pill as a contraceptive, but also with an abortifacient effect, and thus contribute to the killing of an unborn child, put her under ever greater strain. After a long struggle with herself, she trusted her manager and pharmacist colleagues as to her conscience problems. To her amazement, she found that they shared her concerns and themselves had difficulties with selling the killing medication. "He made ​​me the proposal, to refer customers who wanted abortion products to other colleagues," said Jacqueline.

This worked until July 2013, when the "company for which I worked, sent me to another pharmacy store." There, "things were more complicated." As she made known her reservations about the morning after pill to her new boss, she drew his attention and asked for a dispensation from the sale, and he agreed initially. "But not for long," says the pharmacist. After a few weeks she was handed "a letter of warning" by her superiors. A customer "has complained because I denied the sale of the morning-after pill". Jacqueline was astonished, "because no customer had even asked me at this workplace about the product".

Two weeks later another complaint against Jacqueline came from the Chamber of Pharmacists, "because I had asked a colleague to take on a client who wanted the morning after pill." The customer had been served by another pharmacist and was able to buy the drug. However, someone must have denounced Jacqueline to the professional body. Who, she does not know. Shortly thereafter, she was dismissed by her employer with reference to the two complaints. A conscientious objection was not accepted by the company, nor the professional association. Already the first warning was just an excuse to get rid of the young pharmacist.

Jacqueline is now unemployed. "When I started my pharmacy school, I was convinced that we could help people as pharmacists. How can I then sell a product with which another man can be killed? "She's looking for a new job, at a different pharmacy and in the hope of an employer who has more understanding of her conscience.

The case of Jacqueline shows that religion and freedom of conscience is threatened not only in the Middle East, parts of East Asia or North Africa. The freedom of conscience of Christians is under threat in the middle of Europe by a culture of death and consumption. The case of the young Christian pharmacist in France confirms by concrete example a recent report of the Documentation Centre of Intolerance Against Christians based in Vienna about the increasing discrimination against Christians in Europe.

Link to Katholisches....
AMGD
Posted by Tancred at 7:02 PM

France continues to be one of the more tyrannical countries in Europe.

I think the same situation exists in Britain and Ireland. We live under dictatorships.

Yes, I left my career as a pharmacist as I could not in good conscience dispense birth control, etc. And for a while I did have a 'conscience clause' but when I could no longer be employed with one, I quit the profession. My soul is more important than the paycheck. I do confess I miss my salary and can only find low wage jobs now. Still, I would do it again.

That's a real crime that you put all of that effort and dedication to your future and they said, no, at the end of it for no good reason.

Dear Anonymous, I want you to know that you are not the only one. I know TWO who chose white martyrdom rather than offend the Almighty God by the murder of innocents. One had just graduated pharmacy school.

More people should give the fig to employers who expect immoral activities of the employees. Do not let the lack of paycheck frighten you. Many find themselves without employment or paycheck for far less meritorious reasons and without a say it in. At least you...those who say "Enough! Begone with you!" have taken control and owned the situation.

Tancred, this pharmacist was most blessed to have been given such a trial. There was obviously a great reason for this sacrifice requested of him/her (I will say her.). She will never know on this side of the veil the good that came from her choice, her charity towards God. She and others like her are the white martyr heroes we so desperately need to hear of. I thank her for the fine Catholic example she has publicly given. We should all hope to be given such a choice to serve God or mammon so that we can live out our Confirmations by rejecting the Devil and his works.

Both of those pharmacists have moved on and learned what I myself have learned many times over in my sixty years...there is always life after the current position which you are about to flee.