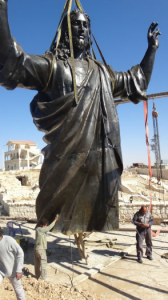 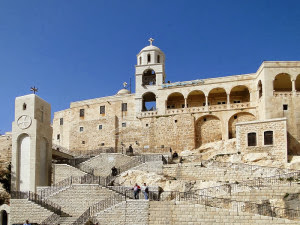 These extremist deviants are the ones who kidnap, behead and eat hearts of their victims, use chemical weapon attacks and blame the Syrrian government to give the American government the go ahead for Operation Bomb Syria. These are diabolic sub people which Saudi Arabia and the US sent there to destroy Assad and the Syrian State.

Okay, now take a look at the first and second reading for Matins November 14, 2013. This is the fingers as of a man "writing on the wall" passage from Daniel 5:25-31

"25 And this is the writing that is written: MANE, THECEL, PHARES.
26 And this is the interpretation of the word. MANE: God hath numbered thy kingdom, and hath finished it.
27 THECEL: thou art weighed in the balance, and art found wanting.
28 PHARES: thy kingdom is divided, and is given to the Medes and Persians."

According to CNN "On Thursday, an online statement from a spokesman for the al Qaeda-affiliated Islamic State of Iraq and the Levant (ISIS), whose fighters apparently carried out the beheading of Fares, called for forgiveness for the killers and asked for "restraint and piety" from anti-government supporters."

Just saying, Phares "...divided..." and Fares "...beheaded..." made for an interesting read. Three words from ages past juxtaposed alongside a modern CNN report had me wondering.

-Praying with the Church