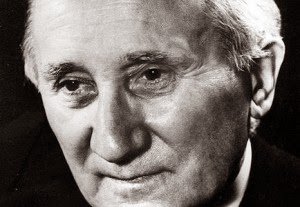 (Rome) in the official biography of Pope Francis, which the Vatican published after his election to the website of the Holy See, there is an inaccuracy which we have already pointed out months ago. Now, the Vatican expert Sandro Magister came back to it because the statement has not been corrected. It is: "In March 1986, he goes [Jorge Mario Bergoglio] to Germany to complete his dissertation."

The statement was interesting because the new Pope's stay in Germany is of particular interest. Many media outlets in the German speaking, therefore, broadcast the message widely in the first weeks after the election. The completion of a thesis at a German University had a familiarity with German culture, to suggest knowledge of local conditions and an especially a good knowledge of German. At least for 1986, this could be accepted. The self-amputation of German as a language of science is now so far advanced that this may not necessarily be assumed for the year 2013. It is now well known that Pope Francis speaks "only" Spanish and Italian.

The reason why Magister has returned to the inaccuracy, is a publication of the Osservatore Romano of the 19th of October, in which the information was still adjusted incorrectly. In reference to the publication of a book of the writings of Romano Guardini on Saint Bonaventure, a portion of the book presentation by Professor Silvano Zucal, Chair of Theoretical Philosophy at the University of Trent was printed, which previously had appeared in the Catholic newspaper Avvenire.

"That really unprecedented fate of Romano Guardini is to have been a kind of 'master' to three popes. Paul VI. personally sponsored the first translations starting with the little book The Good, The Conscience of the Whole, which he recommended to his pupils of the Catholic University Youth Society. Benedict XVI. understood himself even as a kind of spiritual and intellectual disciple of the great thinker. And Pope Francis, finally, spent almost two years in Germany to read Guardini and study ... ".

In reality, as the Philosophical-Theological College St. George of the Jesuit Order in Frankfurt explained after the election of Pope Francis, Bergoglio came in 1986 for a short time actually to St. Georgen, "in order to discuss with some professors the project for a dissertation," which did not come to pass.

"It was not, nearly two years, 'but a few months'. And especially not a doctorate, not even close to the end, because the thesis was in the planning stages," said Magister.

He continued: "That Guardini could be regarded as a 'master' of Pope Bergoglio is a thesis that sounds very novel."

In the Civiltà Cattolica interview of Pope Francis, in which he devotes extensive space to his favorite authors, the name Guardini does not occur. Neither did he mention him in his other writings and speeches.

"Above all, there is a large distance between the point of view of Bergoglios and that of the great German-Italian theologian, both in the liturgy (On the other hand, where there is very strong influence on Joseph Ratzinger), and in the critique of modern society and the conception of personal conscience (which is the book Giovanni Battista Montini had translated, has nothing to do with the superficial definition of conscience in the letter of the Pope on St. Francis and then talking with Eugenio Scalfari). The work, which the Pope read and admired by Guardini, was The Lord . In that he thought to deepen his thinking, at which he then did not succeed," said Magister.