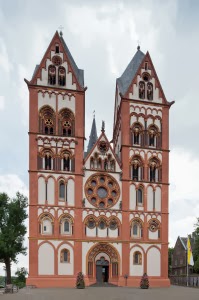 Edit: the world press is striking a jubilant chord as it lies. Again, the real reason for the dismissal doesn't have anything to do with the alleged misappropriation of funds.  If that were the case, most of the German speaking Bishops would be dismissed.

(Limburg) Pope Francis has made a decision in the case of the Bishop of Limburg. The question is: What exactly is it to be interpreted? After talking round in Rome with the chairman of the German Bishops' Conference, Robert Zollitsch, the Archbishop of Cologne, Cardinal Joachim Meisner, and finally Bishop Tebartz van Elst himself, plus other contact names and conversations that took place behind the scenes it became evident that it was the Pope who was "comprehensively and objectively informed," as stated in the official press release from the Holy See.

A "time out" for the bishop has been mentioned and that the Pope is supposed to be "giving support" to the Limburg Pastor. The tenor seems almost as if the papal decision failed to be "positive" for Bishop Tebartz van Elst.

The facts: Bishop Tebartz van Elst can "at the present time not exercise his episcopal ministry", the Pope "considers it advisable," the bishop should "be granted a time outside the diocese" and is appointing "during the absence of the diocesan bishop," Wiesbaden's Dean Wolfgang Rösch "as of today" will be Vicar General of the diocese "with pertinent authority." In this situation, the "results" of the "examination in view of the construction of the bishop's" are supposed to be awaited. The evaluation will bring an "affirmation of responsibilities in this regard."

The bishop felt himself "encouraged" by a 20-minute audience with the Pope. Church officials close to him in Rome spoke of the meeting was a "good" run.

What is the decision of the Pope in plain language? That Pope has suspended Bishop Francis Tebartz van Elst. And it seems unlikely you can interpret the subtleties of ecclesiastical language properly, that there will be a return to the episcopate for him. Rather, it seems to be an expulsion in stages, with an open side door, which was decided in Rome. The undersigned would be pleased, if it were reconsidered.

The wolves howled and got their next victim? It really seems so. So, there is nothing new under the German sun. From a certain point of escalation serves only the "image" and the "recovery of trust". With Bishop Tebartz van Elst, the list of German bishops sold out in the last 20 years is probably longer by another name. And they invariably affect bishops who were assigned to the "conservative" part of the Church in the wider sense of the word. A list with an unpleasant "aroma".

The money question was smugly played with cinematic titles like "Bishop of bling" in the foreground seems only advanced into the whole question. Because the question of money is not the problem isolated to a person, supposedly the Bishop of Limburg, but even to the whole German Church. The grave that the German church and religion in Germany itself is shoveling, 6 billion EUR 1 heavy and that's yearly. But the ear of those so clairaudient critics within the Church of Bishop Tebartz van Elst suddenly grows deaf. So deaf as they were, as Pope Benedict XVI. challenged the German Church to detach from the world to clear the way for a New Evangelization of Germany.

And here is the full text of the press statement of the Vatican:

THE HOLY SEE PRESS RELEASE REGARDING THE DIOCESE Limburg

The Holy Father has been fully and objectively informed about the situation in the diocese of Limburg at present time.

In the diocese there has been a situation in which the Bishop, Rt. Rev. Franz-Peter Tebartz van Elst, can not exercise his episcopal ministry at the present time..

According to the "fraternal visit" by His Eminence Cardinal Giovanni Lajolo last September, the German Bishops' Conference, pursuant to an agreement between the bishop and the Limburg Cathedral Chapter, a committee used to carry out a detailed examination in view of the construction of the Diocesan Centre. Pending the results of the said examination and the related affirmation of responsibilities in this regard, the Holy See considers it advisable, SE Mons. Franz-Peter van Elst Tebartz to allow a time of outside of the Diocese.

Upon decision of the Holy See about the Bishop of Limburg till 1 January 2014, the appointment of Fr. Mr. Dean Wolfgang Rösch Vicar General, is already effective in place as of today. Fr. Roesch is Vicar General for the diocese of Limburg to manage it during the absence of the diocesan bishop under the powers associated with that office.

Link to Katholisches... AMGD
Posted by Tancred at 9:57 AM

The restoration/development looks like a great job. Many generations will benefit from it includIng the city from tourism.

If you are going to try to translate something maybe you could make it readable/understandable.

If you are going to try to comment on someone's translation being inadequate for you, you might try being a little less rude about it.

In the five years or so that I've been translating German articles, there is usually someone who has difficulty making out a passage or two. I'm thankful, however, for the ill-willed criticisms, but even more thankful for the well intentioned criticisms where someone points out where I have failed or asks a sincere question about something which isn't clear. Whatever the criticism, however, I try to rise to the occasion.

Its the new soviet style catholic church and regime.
The new and essentially cowardly catholic commissars are throwing all dissenters to the media wolves in a vain effort to court popularity