Cabby With English Flag: State Accuses Him of Discrimination Against Minorities.

Correction: The cabby's name is Denise, and is female. Thanks 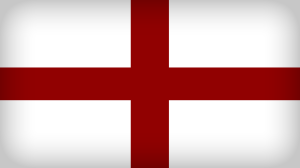 (London) The District Council accused  Denis Said of violating the Equal Opportunity Act. So that foreign customers do not feel "offended": "Crazy England!" The taxi driver risks losing his license. He has namely dared to put  a sticker on his taxi  a  in the size of 10 x 15 centimeters with the English flag, with the words "Local Driver" displayed. The discrimination lies in the words and above all in the cross, because the English flag has the Cross of St. George, a red cross on a white background.
The 56-year-old Denis Said moved to Newton Abbot, a city in the county of Devon, where he has been a cabby for 16 years. Now he was been cited by the city council for discrimination: "In this particular case the English flag and the words, "Local Driver" penalize 'those in their daily lives, who don't identify with either of the two elements."  This outrageous statement was made by Teignbridge District Council of Devon, who also stated: "We want to ensure all appropriate services by applying the Equality Act of 2010 in order to protect all cultures in our society."

Said would have violated the Equality Act, according to public administration,   which  outlaws all state, political, religious or identity-symbols since 2010. Because of this law, employees have already been discharged from public service because they were wearing a cross around his neck. Likewise, Catholic adoption agencies were closed down because they refused to distribute children to homosexuals.
A law that was intended to protect minorities from discrimination, discriminates in fact any identity, starting with the native English identity. According to the Equality Act of 2010 one may be British anywhere in the world, but not English in England. A national, local culture or even a dominant culture is explicitly punishable as provided by law.
The authorities have determined  accordingly: If Denis Said does not remove the English flag from his car, the license for his taxi cab  will not be renewed next February. The English taxi driver has said, to no avail, that  he was assured that he had never heard a complaint from anyone. The withdrawal of the license would be a death warrant for him, as it is Said's only source of income.

In his petition against the decision, Said argued that in showing the English flag, there was nothing offensive: "The Council assumed that I was a racist just because I display the flag of my country. That is simply not true. I'm English and I'm a rider from the area here, which, after all, says something in a taxi company, right? Where is the problem? I do not discriminate against anyone who gets into my car, but drive him to where he wants to go up. "
He hasn't even had many foreign passengers in his area. Since the decision, however, he asks his foreign passengers if they would feel insulted or attacked by the English flag and the words "Local Driver". "Nobody felt offended in the slightest. They were downright amazed at my question. One even said to me, 'Your country has gone mad.' "
Text: Giuseppe Nardi
Image: Wikicommons
Trans: vekron99@hotmail.com
AMGD

NB: we weren't able to find this story in English, so the citations of the Mr. Said will be a little off, but accurate.
Posted by Tancred at 9:32 AM

Teignbridge District Council of Devon is a discriminating organization because it's name does not encompass all cultures of the district. I would sue.

In 2010 I was in Dunkirk harbour watching the arrival of the flotilla of little boats that had crossed the Channel from Ramsgate on the 60th anniversary of their courageous journey. Each boat sported a brass plaque proudly proclaiming its part in that event. Most of them also sported a red and white English flag. How many died on the Dunkirk beaches so that a taxi driver might be free to fly the English flag, rather than the swastika? And the Devon goons who cannot see this might well be working for the Gestapo.

This tyranny and persecution of those who resist the evil is everywhere. For example, people are losing their jobs because they will not endorse or promote objective evil in contravention of Faith and reason.

What are we supposed to do? England, The Catholic Church, America...
Everything Kapput. In days of old when Knights were bold... and Saints were bold and truths were told...