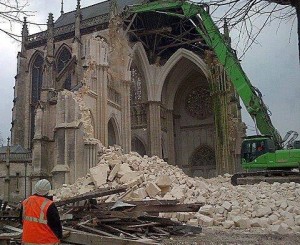 I saw a video once that juxtaposed pictures of aborted humans with destroyed churches. Both are potential or actual temples of the Holy Ghost.