Cardinal Bertone Describes "Vipers" and "Crows" in the Curia 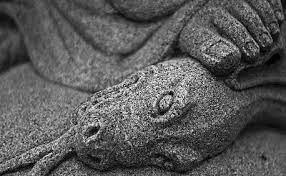 Edit: While Neoconservative commentators and hired guns are shooting the messenger, one of the most powerful men in the Catholic Church is confirming those of us who have been warning. We'd put up an article in the past from Katholisches, which was the most accurate thing we'd seen before or since, about the civil war within the Curia between the evil creatures of ++Sodano, and the earnest newcomers of ++Bertone. Some might recall the frank and public scolding delivered to the Liberal incoming CDF, who attempted to intervene like a loose canon on behalf of a dissident university in South America.

Now it seems that the reforming being slowly attempted by Pope Benedict during his pontificate is going to be toned down in favore of what Pope Francis describes as "dialogue, dialogue, dialogue", with a discouraging appointment of one of ++Sodano's creatures, Archbishop Parolin.

It's not often that a Curial official will speak so frankly about his enemies in the Church, people that those of us who pay attention are familiar. We are certain that there will be little attention devoted to this by the usual suspects, who will pretend that all is well. As anti-Church Guardian writes:


The Italian prelate who was Pope Benedict's righthand man in the Vatican during his scandal-dogged papacy has defended his much-criticized record, insisting he "gave everything" to the job despite the activities of "vipers" in the Roman curia.

Speaking a day after Pope Francis named a Vatican diplomat as his new secretary of state, Tarcisio Bertone appeared defiant as he was asked about his time in office.

"I see the record of the past seven years as positive. Of course, there were a lot of problems, especially in the last two years," he said, according to the Ansa news agency, hitting out at "a combination of crows and vipers". 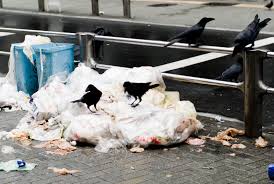 I think that Bertone is an enemy of the Catholic Church and has made thwarting the message of Fatima his personal mission. Maybe he was working for a few moneychangers. All I know is that this office become FAR TOO POWERFUL and needs to be answer to the Pope, not the other way around.

Awfully funny that every time there is a bit of cloak and dagger or out and out skullduggery, there can be found Bertone. Especially with regard to Fatima. Vipers indeed! He can't be gone fast enough or far enough to suit me.

His successor is no good either, for he is a protégé of the infamous and sinister Cardinal Angelo Sodano (the man who with his henchmen Cardinals Re, Sandri, Tauran, Kasper,Arinze, and of course Archbishop Piero Marini) did all he could to stir resentment and rebellion and defiance against Pope Benedict XVI.

Pope Francis IS one of these people. Just remember his appointment of Ricca (and keeping him in office) if your memory gets hazy.

The sooner the pontificate of Pope Francis is a footnote in history, the better.