330th Anniversary of the Battle of Vienna

Edit: there may be a lot of Turks in Vienna today, but at least there aren’t any crescents on top of the Stepensdom as there might have been had the Turks been victorious.

An allied army of Germans and Poles had saved Europe from the Mohammedans  on the back of a Protestant Revolt in Hungary.

Many concerned officials these days want to remove references to this glorious defeat of the Turk from history books in the city where these events occurred, and the battle continues.  It’s the other 9/11. 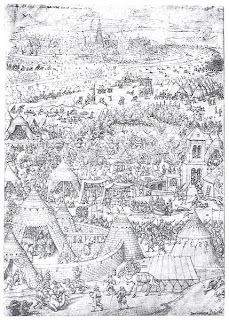 Email ThisBlogThis!Share to TwitterShare to FacebookShare to Pinterest
Labels: Battle of Vienna

The heretics can never succeed

Dear Parents, be responsible, homeschool your children! Schools are a great danger for children today.