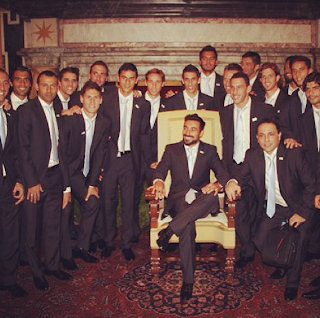 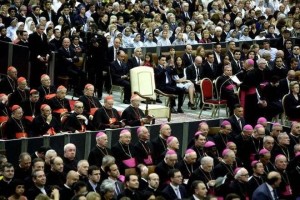 The only "throne" this sports moron should be sitting on is a toilet.

Whether it's a "cheese head" adorning the head of jolly Cardinal Dolan or some footballer sitting upon the throne of the Vicar of Christ, all smiles between them, it's about all one can expect these days of our new, chintzy Church.

Aged Parent, it seems to me that their turning the glorious Church of Christ into a jester, a fool is perfectly matched to what was done the first time around.

I didn't read the Post but I did listen to the concerto.
Beauty soothes the weary.

God could punish Lavezzi severely for this sacrilege.

Terrible disrespect for the Papacy that privileged them with a personal audience!

I worry about his office and the obvious hypocrisy he displays.