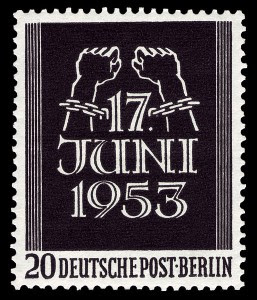 Why to write about relatively unimportant political uprising? Perhaps it is important for some old Germans, but for the rest of us?

Maybe it's something Socialists would prefer to forget.

And a lot of people died after the Soviet Imperium reasserted itself after Stalin died.