The Bishop of Versailles Will Celebrate the Concluding Mass -- 2 Times 100 km: International Pentecost Pilgramage of Tradition Between Paris and Chartres 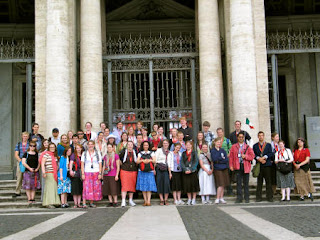 (Paris) Bishop Marie Eric Aummonier, Bishop of Versailles, is to be the celebrant at the Cathedral of Chartres to the conclusion of this year's International Pentecost Pilgrimage of the Ecclesia Dei communities in the Extraordinary Form of the Roman Rite on Whit Monday. This decision was announced, the organizers of the pilgrimage traditional Association Notre-Dame de Chrétienté. This is another sign that the traditional Catholics are perceived by the bishops of the region of Paris more and more as self-evidently part of the Church and recognized. The prelude was in 2010 by the Archbishop of Paris, Cardinal André Vingt-Trois, with a visit to the pilgrims in the large tent city of the three-day pilgrimage on foot, to be covered in approximately 100 kilometers from Paris to Chartres. 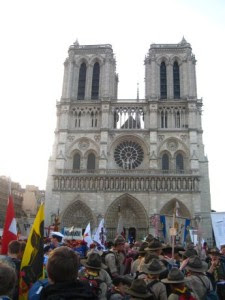 At Pentecost the two largest international traditional pilgrimages will take place at the same time. In addition to the pilgrimage of Fraternity of St. Peter and other Ecclesia Dei communities from Paris to Chartres, another pilgrimage takes place at the same time by the SSPX, which follows the exact opposite way from Chartres to Paris. Both pilgrimages originally go back to the same origin. As when the SSPX came to a break because Rome did not allow episcopal ordinations in 1988 and the Fraternity of St. Peter and the Ecclesia Dei communities emerged, also share the pilgrimage.

The pilgrimage of the Fraternity can use the cathedrals, which is why the Holy Mass is celebrated at the beginning in the cathedral of Paris and the conclusion is at the Cathedral of Chartres. The SSPX are still denied this, which is why Holy Mass is celebrated at the beginning of the pilgrimage outside the Cathedral of Chartres in the open air, as the concluding Mass at Les Invalides in Paris. At these two largest pilgrimages of tradition together, tens of thousands of believers will participate.

There are still free spots at the SSPX. The American group will be led by Father Patrick Rutledge.