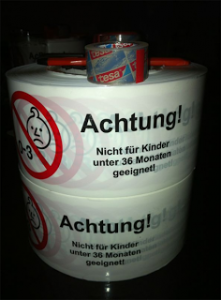 (Essen) In January 2012, Pope Benedict XVI defended the family at the new year's reception for the Diplomatic Corp in the Vatican.  This questioning poses a threat "for human worth and the future of humanity", said the Pope.

The special protection of marriage and family was also the Leitmotiv of the papal visit to Spain (From the 8th of July to the 9th 2009) of the 5th World Meeting of Families there.  In Valencia the Pope said, the defense of family values is "the best way, in order to go against widely spread hedonism, who reduces the relationship between people to banality, and robs their authentic virtues and beauty."

In an interview with KNA, Ruhr Bishop Franz-Josef Overbeck, criticized those who defend the traditional family yesterday:  "The earlier roles , where the husband is employed and the woman principally cares for the children doesn't exist any more.  To want to hold onto it, would be in fact social romanticism.  The educational possibilities of women and their involvement in the work process have fundamentally altered the family picture." In the interview the Bishop adopted the anti-family and anti-child positions of the business lobby, according to which the woman must be employed around the clock as a force for the economy.  Msgr Overbeck promotes the complete care of children out of house.  He did not plead only for the building of nurseries for under three year olds, but he requiests nurseries, which could also receive children at night.

Bishop Overbeck expressed himself as an economic lobbyist and also adopted the typical scheme of argument which attacks the family out of interests in profit:  "Surely there are certain areas for a labort shortage, which can be avoided by the building of more nurseries.  But on the other side it is good for a political answer to new challenges for the family.  Many women want both, to be mothers and pursue a job. I understand that."  In one statement Overbeck conveyed himself so far such as only economic lobbyists and those in public policy say, that to one a woman is in view of the "labor shortage" buttoned down,  further that mother, not only bears her children, but would like to care for them and raise them herself, is not realizable any longer.  Finally,  man will be reduced to a mere consumer, who lives to work, in order to consume.

Is this bishop a Communist? He seems to be because he supports the dissolution of the family in the name of economic prosperity, although poor families lead to a weak workforce.

Good families are absolutely crucial both for a thriving economy and a holy priesthood.

This bishop should visit sustaindemographicdividend.org.

I think it's safe to say that most German Bishops are at least fellow travelers.

"The earlier roles , where the husband is employed and the woman principally cares for the children doesn't exist any more. To want to hold onto it, would be in fact social romanticism," says this Bihop.

Hilarious. What a pig-ignorant horse's ass he is.

And the Rhine continues to wash over the Tiber.