Are Nepal's Religion Statistics Falsified? -- 10 Percent instead of 1.4 Percent are Christinan 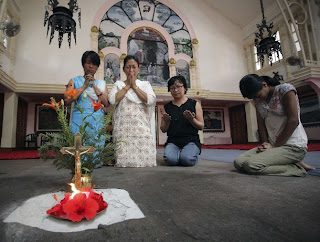 (Kathmandu) The Christians in the Himalayan State of Nepal are objecting to the government's published religion statistics.  According to the published data of the official census of 2011 given a few days ago by the mountainous Hindu country, which was a Kingdom until 2008, there are 300,000 Christians.  This consists of 1.4 % of the population.  The Federation of National Christians Nepal, FNCN, has objected to these figures, as reported by the news agency Fides. According to FNCN there are more than 2.5 million Christians living in the upper mountainous country.  One in every ten Nepalese is baptized.

The central statistics office has "arbitrarily underestimated the number of Christians, because 300,000 Christians live in the valley of Kathmandu alone", says C.B. Gahatraj, the General Secretary of the FNCN.  The Federation is prepared at any time, to offer the proof for the number of Christians which is eight times higher than what is maintained by the Statistics Office of the government.

Bikash Bista, the acting Director of the State Statistical Offices explained that the citizens had entered their religious affiliation in the census questionnaire. If this entry hasn't been used by many, the blame isn't on the part of the authorities.  The published numbers are the result of the numbers arrived at in the data, says Bista.