Up to 500,000 Demonstrate in France Against Gomorrah 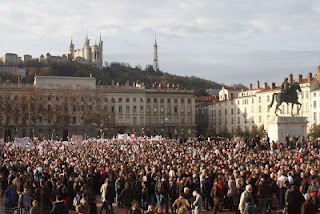 Edit:  Although the media are saying thousands, there may be as many as half a million protesting this.   Here is a report from La Parisienne, courtesy of Gallia Watch, apparently not everyone in France is as "enlightened" as those in the United States, which overwhelmingly gave its approval for such things amid massive voter fraud:


Le Parisien reports that between 6,000 and 8,000 persons demonstrated in Marseille, proving that there are more than just drug dealers in the beleaguered city. However, counter-demonstrators unfurled a banner that read:

"Your model of society is dead, welcome to Sodom and Gomorrha".

Certainly the French Bishops deserve much credit for this one. Their response has been steady, united and consistent leading up to this event.  It's certainly more than can be said of the US Bishops who singularly failed to make a victorious showing during the US Fall elections. One commenter on Gallia Watch soberly replies:

I think the resistance to this in the US has pretty much collapsed. The Cold War is long over, it's time to recognize that the US is essentially neo-Bolshevist and is the great revolutionary threat in the world today. 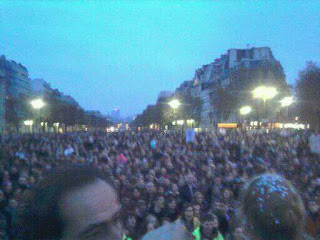 Also, France recently voted to make abortions "free" for all including teenages.
Posted by Tancred at 5:05 PM