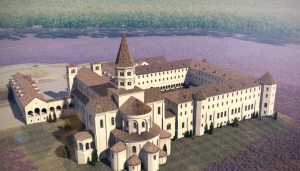 I personally see this as Heaven's preparation for when the Consecration of Russia finally takes place.