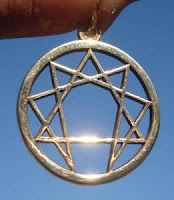 The enneagram's chief failure is reductionism. The human person is created in the image and likeness of God and this means our personhood is a profound mystery. I would hasten to add that as we remain a mystery even to ourselves we can't presume to judge another person's mind or soul. Christ tells us we should only judge according to a person's fruits insofar as we submit all of our judgments to the Holy Spirit.

All true knowledge comes as a gift from the Holy Spirit who alone teaches us 'all things'. The self knowledge which the Holy Spirit brings does not lend itself to explication in terms of overarching theories of personality. Contemplation is the only path to true self-knowledge, and the only means to develop authentic compassion for others.