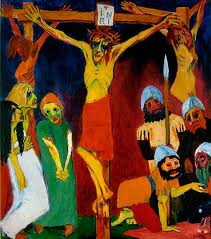 Evelyn Waugh To the Editor of the Times
18 December 1945
Sir, -- Strong tea with what Mr. Dunlop describes as “a shot” of vodka is indeed a nauseating draught to those who are used to the fine wines of Titian and Velasquez. M. Saurat hs the root of the matter but I think he does not draw the right conclusion: “mankind is disillusioned with itself,” realizes it is incapable of the great feats of its ancestors, but instead of patiently relearning the forgotten lessons turns meanly towards “something new.”

Senor Picasso’s painting cannot be intelligently discussed in the terms used of the civilized masters. Our confusion is due to his admirers’ constant use of an irrelevant aesthetic vocabulary. He can only be treated as crooners are treated by their devotees. In the United States the adolescents, speaking of music, do not ask: “What do you think So-and-so?” They say: “Does So-and-so send you?” Modern art, whether it is Nazi oratory, band leadership, or painting, aims at a mesmeric trick and achieves either total success or total failure. The large number of otherwise cultured and intelligent people who fail victims to Senor Picasso are not posers. They are genuinely ‘sent.’ It may seem preposterous to those of us who are immune, but the process is apparently harmless. They emerge from their ecstasy as cultured and intelligent as ever. We may even envy them their experience. But do not let us confuse it with the sober and elevating happiness which we derive from the great masters.

His letter to the Times was believed to be a hoax by his friend Robin Campbell who wrote to challenge Mr. Waugh and to discover if he were really engaging in, or the party to a clever hoax.

My letter to The Times newspaper was far from being a hoax. It was an attempt to defend friends such as yourself from the charge of depravity and affectation. I believe that we all have a secondarly and impure aesthetic sense. Tennyson delighted in smutty doggerel. Rushkin in Kate Greenaway, Betjeman in chapels and so on. I am keenly excited by 19th century book-illumination. I suggested that Picasso-addicts were similarly moved – that the excitement was harmless. Today I am not so sure. You have no doubt read Mr. Hobson’s letter printed this morning. He claims to have suffered the Aristotelian purge and further says that he emerged from Picasso’s exhibition ‘dazed’ and in a mood in which he could ‘hardly bear to look’ at the masterpieces of the middle ages and the renaissance. An appalling and significant admission. Mr. Hobson’s state is, of course, the very antithesis of purgation which must make all the perceptions sharper, the sense that the grass is greener and the birds singing more sweetly. An experience which dazes and leaves one blind to other beauties must be brutish.

To return to your letter. One must distinguish between uses of ‘new’. There is the Easter sense in which all things are made new in the risen Christ. A tiny gleam of this is reflected in all true art. Every work of art is thus something new. Just as within the moral framework there is space for infinite variations of behavior, so within the aesthetic framework. Most so-called innovators have in fact thought themselves revivalists, appealing to an earlier and purer virtue against what they consider the corruption of their immediate predecessors.

Picasso and his kind are attempting something new in the sense of something different in kind. Titian might have thought Frith intolerably common but he would have recognized that he was practicing the same art as himself. He could not think this of Picasso. Chaucer, Henry James and very humbly, myself are practicing the same art. Miss Stein is not. She is outside the world-order in which words have a precise and ascertainable meaning and sentences a logical structure. She is aesthetically in the same position as, theologically, a mortal-sinner who has put himself outside the world order of God’s mercy.

Picasso fails to be an artist in two essentials. First, in communication. He is hit-or-miss. Nothing is more ludicrous than the posturing of a Svengali who fails to put his Trillby under. The only criticisms valid for him are: ‘Ooh, doesn’t he make you feel funny inside’ or ‘the fellow’s a charlatan’. You do not hear people say: ‘I think the hand is coarsely painted, but what an exquisite angel’s head in the left hand corner. And what a lovely landscape through the window.’

He fails, it seems, in the content. Here I must judge at second hand because he fails entire to put me under, but his addicts tell me his message is one of Chaos and Despair. That is not the message of art. If it were any issue of the Daily Mirror would be a supreme aesthetic achievement. You cannot excuse him by saying it is the message of the age and at the same time deny that the age is decadent. Goya, incidentally, was an exact contemporary of Goethe. [Waugh was responding to Robin Campbell who suggested that Goya’s times were challenging as are our own, and therefore did not create a representational art.]

It is entirely historical to believe that cultures decline and expire. I believe Western culture to be in rapid decay and that Picasso and Stein are glaring symptoms. You have no authority for saying so jauntily that ‘there are a few million years yet’. It is one of the determining conditions of our existence that it may end at any moment, individually or generally but were it true, your assumption would have no bearing on the probability of a new ice-age. Incidentally again, I believe the sin the West is dying of to be Sloth not Wraith as is popularly assumed. It requires constant effort to keep within the world order and our contemporaries are too lazy to make the effort.

Poor Beachcomber, a man of high principle, a poet manqué, whom and impudent marriage has drawn into drudgery. I shall not have his good reason if I devlop his few defects. I would greatly prefer to have his virtues than Peter Watson’s.

Excerpted from:  The Letters of Evelyn Waugh, Penguin Books, edited by Mark Amory, 1980
Posted by Tancred at 7:03 PM

Thank-you for posting this. I so enjoyed it.

And thank you for your kind note.