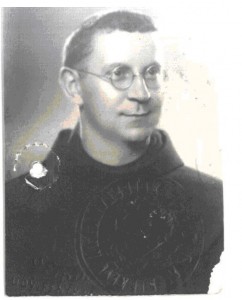 Hungary is to recall Father Szalez Kiss with a memorial plaque.  The Franciscan was a martyr of the secret of the confessional. The plaque in Sopronköhida is going to be erected where he was executed. Father Kiss was found guilty under false pretenses on 11 December 1946 and condemned to death by a Soviet war tribunal. "There is no one for whom I would break the secret of the confessional," he said during his hearing, before which he was tortured in an inhuman fashion by the Bolsheviks.

Father Kiss was viewed by the Communists as a counterrevolutionary and therefore worthy of death as a reactionary, because he had formed a Christian Democrat youth group in the city of Gyöngyös. As a youth he had partaken in actions against the Soviet occupation, so the Franciscan was found guilty of attempting to plan an armed conspiracy against members of the Red Army.

A Soviet military tribunal condemned him at the end of this trial, which was a pure farce, to death. In his life Father Kiss had fallen into the clutches of a totalitarian regime once before. Between 1942 and 1944 the Gestapo attempted to imprison him in Debrecen, because he hid Jews from deportation and brought them to safety.