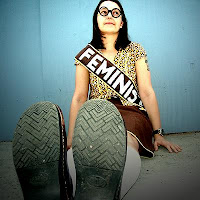 There has been a substantial amount of negative response from the laity as well as a recent news report from Lifesite, about United States Catholic Council of Bishops [USCCB] and its questionable relationship with the Girl Scouts. Despite the fact that Girl Scouts USA partners with and supports Catholics for choice, there is the typical non-response from the USCCB. They express concern about the the grievances of Catholics involved with the program, but don't actually do anything about it. (http://www.nccgscf.org/NFCYMPositionStatementOnGSUSAIssuesJan282011.pdf), (GSUSA supports "Catholics for Choice" on pg 2 of the article). Here's the non-response:

Many Catholic Girl Scout leaders are feeling torn between their commitment to Girl Scouting
and their commitment to their Catholic teachings because of the real or perceived relationship
between GSUSA and organizations like Planned Parenthood. The NFCYM approach to this
complex issue has been one of engagement, rather than detachment or withdrawal. NFCYM,
through NCCGSCF, needs to stay connected to GSUSA not only because thousands of Catholic
girls and Catholic adult leaders are involved in scouting, but because Girl Scouting—like Boy
Scouting—provides excellent character development for young people through their programs.
NFCYM can only influence secular organizations by staying in relationship with them . . . by
being at the table.
In addition to releasing their public statement, GSUSA has taken two other actions:
1. On Thursday, January 27, GSUSA conducted a conference call with their council
executives to assist them in working more closely with faith based organizations.
NFCYM sees that as a significant action in promoting our religious recognition
programs.
2. GSUSA has agreed to a follow-up meeting between their national leadership and
NFCYM leadership this summer to continue to review and access our relationship and
the critical issues.
NFCYM will continue to closely monitor any new issues that arise and, through our NCCGSCF,
continue to engage GSUSA leadership in their active support of NFCYM religious recognition
programs

More recently, there is another story related to Girl Scouts USA where, true to their essential character, they are making accommodation for a child who is undergoing a sex-change operation. It's indisputable that there are those within the USCCB who have difficulties articulating and acting on the Church's teachings regarding sexuality and it also seems unlikely that any change will take place from within. Here's the recent National Review Story:

‘Bobby identifies as a girl, and he’s a boy,” a Denver mother told a TVstation in a news story about her son, who has been accepted as a Girl Scout.

“He’s been doing this since he was about two years old. He’s loved girl stuff, so we just let him dress how he wants, as long as he’s happy,” she explained.

When she first approached the Girl Scouts’ local troop leader about joining, the answer was pretty sensible: But he’s a boy.