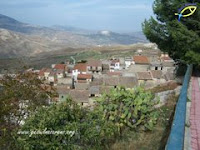 Edit: this story from Sicily is of interest. It was reported in Messainlatino a few days ago on the 18th.

A layman wanted to receive Communion in the hand, but the pastor of Acquaviva Platani is opposed to this practice. There was a confrontation after Mass in the Sacristy and the police were called.


CALTANISSETTA - The police were called 'to intervene and restore calm to a faithful Pastor in Acquaviva Platani, Don Francesco Novara, had refused delivery of the Host in his hand.'

This priest only gives Communion on the tongue. This decision by Don Novara has already split the community between those who believe it's the correct decision by the parish priest and those who think it's exaggerated. The man who had been denied the Host, came to the Sacristy after the church service, as reported in the edition of the Journal of Caltanissetta of Sicily, and railed against the priest. The police were called shortly after that by others in the Sacristy. The police arrived and convinced the offended layman to desist from his protests and to return home.

source: the Repubblica.it / chronicle of Palermo


Bravo, Don Francesco Novara! Communion only in the mouth!

Link to Messainlatino...
Posted by Tancred at 10:02 PM

Started railing against the priest in the sacristy after Mass? Maybe they should have called the diocesan exorcist.

Even in a traditional place like Sicily, people get really attached to their novel practices that are actually Calvinist in origin.