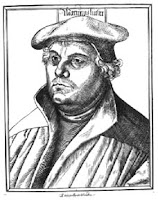 I notice that this article was from 2009, and that it nowhere mentions any significant Vatican office, least of all the Pope. Sounds like "The Roman Spectator" designed this article, carefully chose their "experts" and ran with it.

Halloween is justifiably resented in parts of Europe not least of all because of its association with American consumerism.

I suppose a that the parish in Spain which is banning it has a legitimate argument?

As far as the Holy Father being involved, it probably should fall on Osservatore to spell out just what its relationship with the Holy See is so that when it says as it often DOES, things which reek of heresy or are controversial, we can be sure that they only comment on Catholic affairs but aren't necessarily Catholic themselves.

Thanks for pointing this out.

I question whether being a "liturgical expert" qualifies one to comment on the matter. Halloween is not, and never has been a liturgical observance.

Certainly, the modern, American-style Halloween has several major faults, and no doubt that it is too often given an occultist twist, but I wonder whether the observance itself, which far predates modern occultism, is really so inseparable from it as this person would have us believe. At its root, after all, it is still a product of Catholic civilization (mostly a hodgepodge of French and Irish influences), in the same way that traditional May Day, Midsummer, and Harvest Home festivities are. Many elements of such festivities have developed which had the Church's tacit permission or even official sanction, without becoming a part of the liturgy. The occultists have spent more than a century trying to strip all of these of their Christian heritage, but it's still there, waiting to be revived.

The attitude that these things are essentially pagan, and incompatible with Christianity, is Protestant in origin, and was indeed the Church's tolerance of such "pagan" observances was once one of the heretics' chief charges against us. Indeed, such an attitude requires that the dichotomy between pagan and Christian be understood in a Protestant manner, for Catholics have always sought to baptize the cultural heritage of our pagan ancestors where possible, rather than to throw the baby out with the bathwater as the Protestants would have us do.

I think the distinction between the Christian feast and the modern pagan celebration has grown in recent years, and Latin countries never had much of a Halloween observance as it would be understood in the north.

Anonymous @ 11:48 raises excellent points and it is well that he brought them up.

The Catholic celebration of All Hallows has been around, I believe, for quite a few centuries if I am not mistaken. If someone here has additonal information on this I would be glad to see it.

On a related matter it is so true, isn't it, that the poor Europeans are copying American traditions (when it should really be the other way around). Look at the disgustingly consumerist "Christmas" in the US, which was once condemned throughout the world, now being copied in England, Italy, France, Germany, etc. Very sad. We are exporting our Puritan/Protestant "ethic" around the world and it is slowly but surely erasing Christ from everyday life in what was once Christendom. Another poisoned apple from the rotten tree that is Americanism. What Halloween is now here in the States, and being copied in other parts of the world, is a good example of this worm-eaten fruit.

The world would be a better place if the very idea of America was isolated from the rest of the world. Then perhaps some healing would begin.