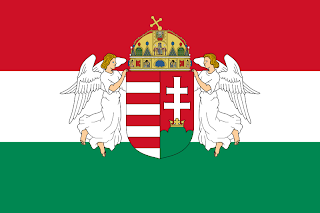 Update:  This was an exaggeration, but there is still a strange relationship with the Hungarian State as it tries to cut its funding due to shrinking budgets.

Editor: Who says you can't turn back the clock? It's fairly irrelevant in Hungarian society anyway.  But you recall that Hungary invoked St. Stephen and called for a defense of life in its Constitution.   How much longer before they restore the Monarchy?

Of course, they could skate under the ban by embracing the Anglican Ordinariate.

Hungary has introduced a new law governing the registration of religious groups that critics charge discriminates against minority faiths, and strips St Margaret's Anglican Church in Budapest of its status as a religious organisation.

On 14 July the Hungarian Parliament adopted "The Right to Freedom of Conscience and Religion and on the Status of Churches, Religions and Religious Communities" Law, by a vote of 254 in favour to 43 opposed.

Introduced on 10 June in Parliament, the proposed legislation would have created three tiers of religious groups, with differing authorities to conduct worship and engage in charitable activities under Hungarian law. Human Rights activists, NGOs and a number of religious leaders objected, arguing, in the words of the Washington think-tank, the Institute on Religion and Public Policy, the bill gave Hungary "a tiered system offering an inferior religious status to minority faiths that violates the right to religious freedom and the right to be free from religious discrimination."

As it turns out, the story is false: http://www.virtueonline.org/portal/modules/news/article.php?storyid=14756

Considering what they're doing with Catholic education, it did seem to be too good to be true.