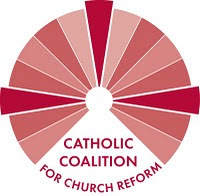 The Twin Cities-based Catholic Coalition for Church Reform (CCCR) is building on its successful Synod of the Baptized of last September with a bold and hope-filled action plan for church reform.

The Progressive Catholic Voice is a founding member organization of CCCR, and so the PCV editorial team is happy to share the following message from CCCR. This message was originally published last month on the CCCR website.

Who asked these people to reform the Church? You have to be really out of touch to think that the world is just waiting breathlessly for your prescription for Church reform.