French Judge Forbids Community to Display a Crèche: And the Son of Man Had Nowhere to Lay His Head 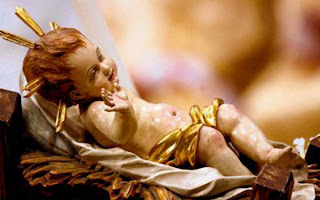 Freethinkers have complained-- Now there are fears that the example will make a school.

Paris (kath.net/KAP) in the Northern French community of Montiers the Town Council has been forbiden by a judge to display a Crèche.  The judge ruled for the plaintiff, who based his suit on the principle of the separation of Church and State against the display, as the regional paper "Courier Picard" reported this Tuesday.  Commentators fear that this example could be a school for others like it.

Claude Debay, retired teacher and former Mayor of the Community had already decided that the crib would not be displayed in the market area, rather more "hidden" -- namely between the Church and the War Memorial.  That didn't satisfy the freethinker though [See, don't make concessions to these people.]: The judge has agreed with him and decided, the neutrality of the town area, to remove the crib from it completely.

The current Mayor Xavier Deneufbourg strongly voiced his anger in "Courrier Picard", Debaye has also organized Easter Egg Hunts himself during his time in office.  So his action against the Crèche is completely inconceivable.

Photo stolen, here.  It took us a while to find a decent looking Baby Jesus, because most of them looked ... weird.
Posted by Tancred at 11:03 AM