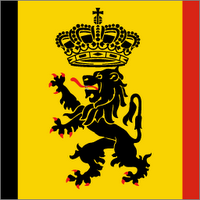 This courageous Archbishop has been taking a beating from the leftist hate-press lately.  He sounds resolved to continue as he has, being the kind of Bishop who fosters vocations and takes the Master's work to heart.

This Archbishop has been getting attacked since earlier this year, as inconsequential as the aforementioned pie attack he recently received, but his Old Liberal predecessor Cardinal Daneels never received the treatment Archbishop Leonard has received.  Lion of Belgium faces the Jackals