Folklore and Eastern Practices Dealing with the Undead 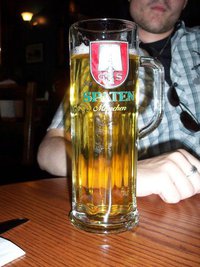 As per Mr Willbee's request here is a short summary of incorruptibility and how it relates to the state of excommunication in the Eastern Churches and the like. I've taken this primarily from the extensive works of Father Montague Summers, Lindahl's invaluable 'Medieval Folklore' compendium and various ecclesiastic histories and stuff I've stumbled across over the years.

Rights, lets get into it...

While, like the Latin Church, the Easterns regard the incorruptibility of a corpse as a sign of sanctification there exists a tradition amongst the Greeks where the bodies of those who died excommunicate remain in a state of preservation. Summers gives many examples of this and rapid or even immediate decay of the body when the absolution is read over it by the bishop. The usual Greek response to a case of vampirism is to give the suspected corpse absolution- if that does not work the body is often dismembered and burned (though the latter may be purely the work of the people who at times seem fearful that the ecclesiastic authority might find out, cremation being banned by the Church and all- in any case the clergy are never present at the burning). While this may seem like odd theology it deserves to be noted that in the West there existed in the liturgical books, until relatively recent centuries, a similar absolution given to the exhumed bodies of excommunicated persons.

It is a universal principle of vampiric folklore that these re-animated corpses are very often those of people who died excommunicate, suicides and witches (this is a popular, if unofficial, reason that is often given for burning witches, apostates and unrepentant heretics as opposed to other methods of execution). Vampirism is quite scarce in Britain, though not unheard of. William of Newburgh, in his Historia rerum Anglicarum, reports that when, sometime in the reign of Richard I, a vampire terrorized the people of Buckinghamshire St. Hugh, Bishop of Lincoln, ordered the body exhumed, found it incorrupt and had it reinterred with an absolution he had written. Needless to say the corpse never again left the grave. Other examples are generally the same- vampire terrorizes people and the body is either exorcised or absolved, or else burned or decapitated (in one case simply buried beneath a Cross). 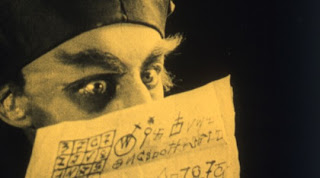 It is perhaps to avoid just such situations that there existed in Britain and other places in mediaeval Europe the custom of burying a body with Blessed Sacrament in the mouth (or, in some cases, simply the unconsecrated host), taking viaticum literally. This persisted until at least the 11th C. despite several local councils condemning the practice as sacrilege. In the time of St. Augustine such a practice was common in the North African Church. This might be a pious mirror of the pagan custom of Charon's obol- that is, placing coins on the tongue or eyes- something which apparently survives (or did, until recently) in parts of Greece and Macedonia. In Britain it was common in some rural areas as late as the early 1900s. I recall reading that Pope Pius IX was buried with a coin struck during his reign on his tongue (though I did not see it in the photographs of his exhumation).

Photo stolen from: skyarts.
Posted by Tancred at 3:51 PM