Dysfunction Rules in the CCHD 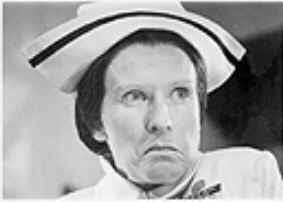 Editor: Dysfunctional Church bureaucrats need some kind of sensitivity and treatment program to stop abusing people's trust like this. Don't forget that the collection is coming up and it's not a good idea to give money to these folks, they'll only spend your money on things which destroy the Church you love with Alinskeyite boondoggles.

WASHINGTON, D.C. — The Reform CCHD Now (RCN) coalition (www.reformcchdnow.com) has released a report detailing multiple problems with the Coalition of Imokalee Workers (CIW), the first grantee featured in a document intended to outline the review and renewal of the controversial Catholic Campaign for Human Development (CCHD).

“The very idea that the CCHD would praise CIW in a document that apologizes for funding pro-abortion, pro-homosexual organizations in the past and promises to make a stronger effort to avoid doing so in the future undermines their credibility,” said Michael Hichborn, lead researcher for RCN member American Life League. “If CCHD can’t get it right at the beginning of this process, what confidence can we have that it will be able to do so later on.”

RCN’s report outlines in specific detail how CIW participated in the US Social Forum 2010; something the RCN reported on back in June. The US Social Forum ran a collection of workshops, many of which were devoted to abortion rights, homosexual rights, and Marxist Socialism. RCN's report also specifies three of CIW’s coalition and network partnerships that are in and of themselves pro-abortion and pro-homosexual, and whose mission is to encourage cross-issues advocacy of their members. The report can be found on the Reform CCHD Now web site at http://reformcchdnow.com/report_11_4_10_renewal.pdf.