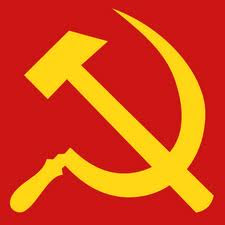 [Editor] Mark Dayton tries to put a positive spin on a miscalculation by his staffers that made the Democrats look bad, and desperate.

Dayton has a safe lead against his opponent, and so it comes to him to defuse the controversy being raised about the indisputable attack on the Catholic Church, which as many now suppose, is retaliation against Archbishop Nienstedt's defense of Marriage DVD Campaign.

[Minneapolis Star Tribune] With less than a week before the election, Republicans and Democrats argued Wednesday over whether a DFLer mailer had stirred anti-Catholic sentiment.

As the two sides traded accusations, Republican gubernatorial candidate Tom Emmer, DFLer Mark Dayton and the Independence Party's Tom Horner ended the day with a forum that offered one of the last chances for public debate, but yielded no major stumbles or breakthrough moments.

Earlier in the day, Republican leaders called on Dayton to denounce a DFL mailer in a legislative race that some conservatives deemed anti-Catholic.

The mailer, sent by the state DFL Party to thousands of voters in Senate District 40, which includes Burnsville and Bloomington, featured what appears to be a man in a black shirt and clerical collar carrying a black book. On his shirt is a photo-shopped button that says "Ignore the Poor." On the other side, the mailer criticizes Republican candidate Dan Hall, a minister, for remaining silent as Pawlenty imposed budget cuts. He is challenging DFL state Sen. John Doll of Burnsville.

"This is in-your-face anti-Catholicism," said state Sen. Amy Koch, R-Buffalo. "It' a new low in Minnesota."

Dayton quickly tamped down the outrage, agreeing that at least part of the mailer went too far.

He added, however, that the mailer was right to point out that many leaders of the faith community have disagreed with Republican Gov. Tim Pawlenty's cuts to health care programs for low-income residents.

"The facts are that members of Minnesota's faith community have been leaders in the fight to stop Governor Pawlenty from denying health care to the poorest and sickest Minnesotans," Dayton said.

Link to Star and Tribune...