A Ridiculed Bishop Strikes Back: More Fallout From "Loveparade" 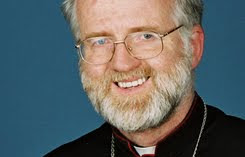 A well known Austrian Auxiliary bishop is not prepared to take the unjustifiable pummeling of the media bosses: Loveparade is not a "harmless celebration" -- If God "punishes", He does this with the intention to bring men around, God punishes out of love.

[kreuz.net, Salzburg] This Friday the Auxiliary Bishop Andreas Laun of Salzburg wrote a careful article about the Massacre-Loveparade in Duisburg.

The text appeared in the neo-Conservative Linz commercial website 'kath.net'.

The in the meantime suspended, so-called Loveparade was the biggest alcohol, drug and sex event of Western Europe.

Msgr Laun stated from the start, that no one is in the position, to directly order God's punishment for a sin.

There is not a single person who can condemn the dead and point to that as God's punishment.

Quite independently from the sympathy with the victims the Bishop wrote about the "repellent image" of the horrific event.

God is not and Indifferent God

The Auxiliary Bishop emphasized the truism that God punishes sins -- and really "with the intention to bring people to repentance, God punishes out of love!"

"Can one believe in a punishing God? Contradiction: <
Posted by Tancred at 3:26 PM

"if God 'punished', he did this with the intention, to bring people to penance -- God punishes out of love!""

What did God punish those kids for? And could he not find a better way then having priests rape them?

There were fifty deaths from drug-use alone. You'd better get better at the blame-game.

Any event where God has been literally chased out of the picture will become dangerous. The destroyer (satan) will show up and chaos will ensue. Have you seen any of the videos of the prior 'Love Parades?' They are decadent, immoral events. For all those who don't see the danger of such displays, they need to read Scripture and spiritually mature. Thanks for warning those who will listen in these perilous times, Bishop!

We've seen some of the photos of the event on kreuz.net. They were terrible and we would have been ashamed to post them here. So, yes, "Loveparade" actually looks worse than spring break in the States, or any comparable event in the past.