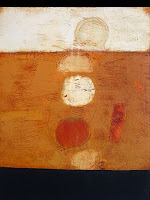 http://www.google.com/hostednews/canadianpress/article/ALeqM5gar43IyQQNoeGqZxafHMY4EoZGNA
Posted by Tancred at 6:47 PM