Service in the Diplomatic Academy, the oldest in the world, begins with the cursus honorum of candidates, the way, which at the end, will be Apostolic Nuncio and titular archbishop after about 16 or 17 years of service.
The idea, according to the critics, would weaken the central institutions for the management of the universal Church. The church would be robbed  of the expertise, skills and experience of officials. No secular authority would engage in such self-enfeebling. Politicians come and go, but the civil service is quietly the backbone of any state administration.
The idea is justified by the intention of limiting "careerism";  with limiting pastoral duties of priests who should not  be held too long by administrative work; with the ability to integrate more priests from various dioceses in the management of the universal Church. This does not convince outside of Santa Marta. Outside  there is the idea, should it be really final, that this is regarded as a further blow by Pope Francis against the Roman Curia.
Some speak of an "old" anti-Roman reflex, which comes into fruition with this idea. A reflex, which under Pope Francis  leaves only the diplomatic corps, which is already the big winner of the change in Popes  from 2013, as the big winner. Should the reform idea to be implemented, the diplomat would automatically  form the actual backbone of the world Church in Rome within a short time.
Text: Giuseppe Nardi
Image: Google (Screenshot)
Trans: Tancred vekron99@hotmail.com
Link to Katholisches...
AMDG
Posted by Tancred at 9:21 PM 9 comments: Links to this post 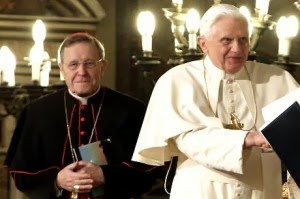 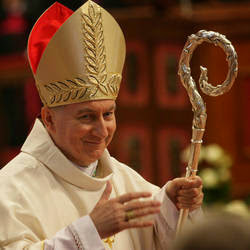