Edit: Tucker Carlson passionately calls for a leader to oppose Marxist inspired civil unrest. Naturally, that leader certainly won't be Cordileone of San Francisco. As Tucker says, conservative religious and political leaders fear to confront these mobs because they have no legitimacy. George Floyd was a violent black predator whose unsurprising death at the hands of professional law enforcement officials, has emboldened hundreds of thousands of black predators and their antifa handlers to rape, loot and murder throughout the nation. Even as these unruly mobs attack the European legacy and greatness embodied in the example of Saint Junipero Serra who laid the foundation for modern California, men like the Archbishop can only lodge meek and polite complaints for fear of them.

The danger is from Marxists within and the mobs inspired by them without, and from ecclesiastical cowards. Like the Republican Party, the modern Catholic Church is defenseless against this wave of violence and has all but surrendered to it.

CNA Staff, Jun 20, 2020 / 08:55 pm MT (CNA).- After the toppling of a saint’s statue in San Francisco, the city’s archbishop said Saturday that important protests over racial injustice have been “hijacked” by a mob bent on violence.

“What is happening to our society? A renewed national movement to heal memories and correct the injustices of racism and police brutality in our country has been hijacked by some into a movement of violence, looting and vandalism,” Archbishop Salvatore Cordileone said in a statement June 20.

The archbishop’s statement came after a statue of St. Junipero Serra was torn down in San Francisco’s Golden Gate Park Friday, along with statues of Francis Scott Key and Ulysses S. Grant.

“The toppling and defacing of statues in Golden Gate Park, including that of St. Junipero Serra, have become the latest example,” of that shift in the protest movement, the archbishop added.

Archbishop Hebda won't do anything to stop it either as the Christopher Colombus statue was recently at Saint Paul's capitol building, toppled by a handful of burnt out old American Indian Movement crackpots.  At least two companies of  State Troopers were on hand inside the capitol building doing nothing...  We hope that the State of Minnesota sues the American Indian Movement to pay for a replacement of the statue.

Posted by Tancred at 5:25 AM No comments: 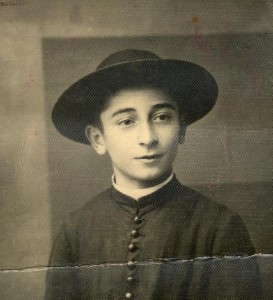