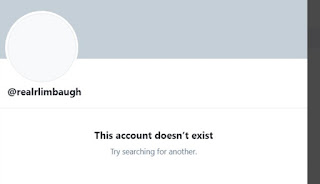 These same companies showed absolutely no concern when Black Lives Matter domestic terrorists were plotting their next attacks on their platforms, often with the endorsement of Democrat politicians.

By 7 p.m. EST, it was reported that President Trump had officially joined Parler. It is currently unclear if big tech pulled the trigger early, if the site crashed from the rush of new users hoping to hear from the president, or if it was something more sinister.

That's what I heard as well, Lars.