Here's a little something from Friends of Hungary.

THE END OF CHRISTIANITY IN BRUSSELS - NO CHRISTMAS THIS YEARAccording to Brussels city government's representative Bianca Debaets Brussels will not place a Christmas tree on its historical Grand Place square, because the tree, as a symbol of Christianity, could harm the feelings of people of other faiths. The electronic timber that has been granted and already placed is called "winter tree". The "Christmas market" thus receives a new name, from which the word "Christmas" is missing. (The muslim community reached 25% of Brussel's total population. According to most analysts the size and influence of the muslim community in Belgium was a key factor in making the decision.) 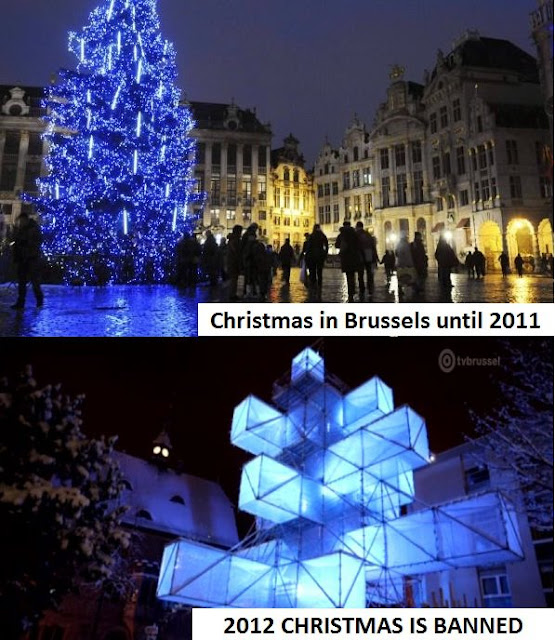 Well, yes, of course, the Muslim influence was a factor. But it is more of a red herring than anything else. The real pressure for such outrages comes, as it always does, from the Judeo-Masonic network that operates with impunity in Brussels as it does in many other places.

THAT is your enemy.